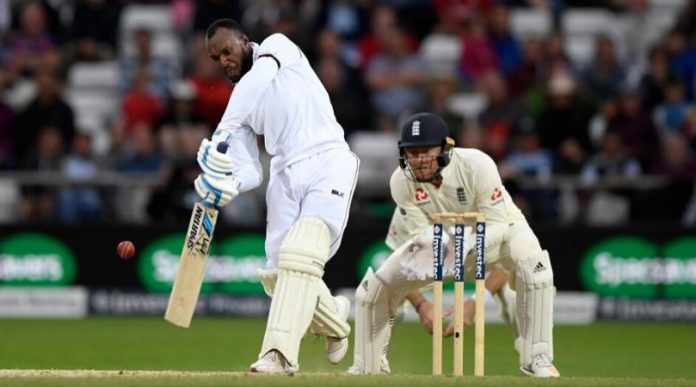 Jermaine Blackwoods’s crucial knock of 95 propelled Windies to a comfortable 4 wicket victory in the first #raisethebat Test in Southampton. With this win, the visitors go 1-0 up after Jason Holder’s men scripted a brilliant fightback.

While Shannon Gabriel was crowned the man of the match, Jermain Blackwood played the role of unsung hero to garner this crucial win. Chasing 200, the visitors were reduced to 27/3.

Coming in to bat at no 6, Blackwood showed incredible composure to pull the match back on level terms and keep Windies in the hunt. The Barbadian almost got his team over the rope, but fell victim to Ben Stokes late into the match. He departed with just 11 runs left on the scoreboard, falling just short of a century.

Speaking after the win, Holder said about Blackwood’s contribution, “Outstanding innings, I was disappointed when he got out but that’s the way he plays. He’s sat on the sidelines waiting, last time was a concussion sub in Kingston. He always gives effort, and today was his big moment.”

On the other hand, Shannon Gabriel shined with the ball, picking up a total of 9 wickets to claim the ‘MoM’ award as well. Coupled with Holder’s six-wicket haul in the first innings, the Windies pace department put up an incredible performance to restrict the English batsmen and give them an edge throughout the contest.

The second Test is slated to start from July 16, Thursday, in Manchester.