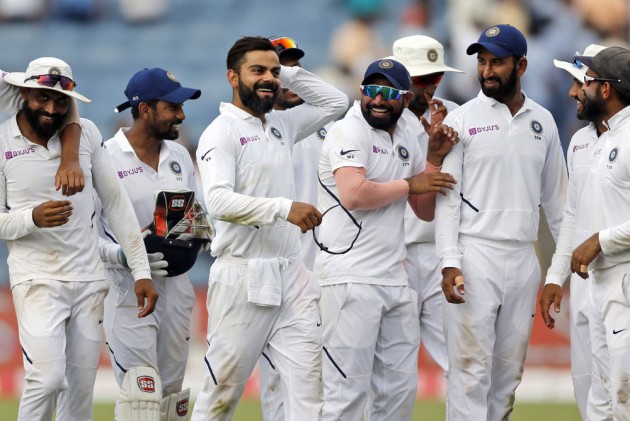 The Test series is conclusively decided in favour of hosts India, who go into the third Test at Ranchi tomorrow (Saturday) with a  2-0 lead. Visitors South Africa will be playing to salvage confidence and pride after being demolished in all departments of the game so far.

The Proteas now seek to emulate the Virat Kohli & Co to deal with India. Captain Faf du Plessis has urged his embattled batsmen to take a leaf out of India’s book and “bat big” like the hosts in order to salvage pride in the third and final Test.

The final match of the series, which is already in India’s pocket following two convincing wins, starts here from tomorrow (Saturday) at the Jharkhand Cricket Association Stadium in Ranchi.

The introduction of the World Test Championship also gives the Proteas a reason to look for points instead of giving up altogether, according to du Plessis.

“For me it’s important that the guys don’t feel like there is one week left in India and almost when you get on that plane to South Africa, the Test series we play now is for Test championship, there is points still up for grabs every Test match. So for me the challenge is more mental,” the South African skipper said on the eve of the match.

Urging his batsmen to convert their starts, Du Plessis said: “For all of us it is just about converting and I am not different to any one of those players when I get to 50, I want to get a hundred.

“The fact that I have done it twice already this series, there is no reason for me not to go and get a big one. That’s a challenge for myself because I understand that sixties is not going to win Test matches for us. I need to bat big like the Indian team has done and score big runs.”

India haven’t done anything wrong in the series so far. Indian batting has seen two double centuries in two games. Every bowler has delivered during the four innings when the visitors have batted. They have not allowed the South African batsmen capitalise on starts, except for centuries by Dean Elgar and Quinton de Kock in the first innings at Visakhapatnam.

However, it will be important for the Indian bowling attack to find a solution to the long-standing problem of dealing with partnerships lower down the order.

The visitors will be in for another litmus test against spinners on the dry JKCA international cricket stadium pitch. Kuldeep Yadav might get a chance for one of the seamers even as India has finished on the winning side with only two spinners in the earlier two matches.

The broadcast will start from 8:30 am with the pre-match show. The action will also be streamed LIVE on the VOD platform Hotstar.