India vs Pakistan Live, T20 World Cup: In a few hours time, the cricketing world will come to a standstill with over a billion viewers tuning in to watch Virat Kohli’s Team India taking on Babar Azam’s Pakistan in the T20 World Cup clash. With both sides expected to win at all cost, former Indian captains Kapil Dev, Sourav Ganguly, Mohammed Azharuddin and MS Dhoni have weighed in on what the result could be. Follow T20 World Cup Live Updates on InsideSport.in

If Sourav Ganguly and Mohammed Azharuddin picked India as clear favourites, Kapil Dev didn’t rule out a stunning win from Babar Azam & Co. But MS Dhoni, who is with Team India as the mentor, responded to a fan’s request saying, players’ job is to play well. Virat Kohli however has dismissed any hype around the match, saying it is just another cricket match.

InsideSport takes a look at what all five captains who have won against Pakistan have to say on the mega clash on Sunday. 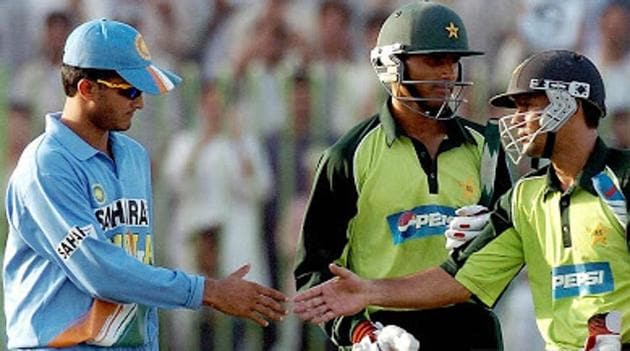 Sourav Ganguly: The current BCCI president believes India will extend their lead over Pakistan in a World Cup. India currently lead 12-0. Under Ganguly’s captaincy, India beat Pakistan in Pakistan and in the 2003 World Cup in South Africa.

“Yes, there is a huge possibility of 13-0 happening and India extending their unbeaten streak against Pakistan in this World Cup. All the players in this Indian team are genuine match-winners and fingers crossed, this team can finally end our 10 years wait of winning a world cup,” Sourav Ganguly told ABP News. “There is much hype and anticipation that is built around the game. I would say India are clear favourites as they have just come out playing a competitive IPL in the same venues so they would have an edge over Pakistan,” Azharuddin said. Kapil Dev: The 1983 World Cup winner however hasn’t ruled out a Pakistan victory. He said the team that will handle pressure well will win.

“On the field, such things which team will dominate don’t matter. Both teams will be under pressure, thus it will be interesting to see who will handle the pressure well,” Kapil Dev told ABP News.

“Although I don’t know much about them, still I would say that Pakistan is a dangerous team in T20, they can defeat anyone on a given day. The only thing is to perform well under pressure. Pakistan can win this match also if the Indian team is unable to handle the pressure,” Kapil added.

Virat Kohli: However, current India skipper under whom India defeated Pakistan in the 2019 World Cup dismissed all the hypes around the clash, saying it will be just another cricket match. “I have just approached this game as another game of cricket and I know there is a lot of hype around this game, more so with ticket sales and demands of tickets,” Kohli said at the pre-match press conference.

“Yes, the environment you can say is different from outside and from fans’ point of view, definitely more excitement in the air but from a players’ point of view, we try to stay as professional as we can and always approach the game in the most normal way possible,” he added.