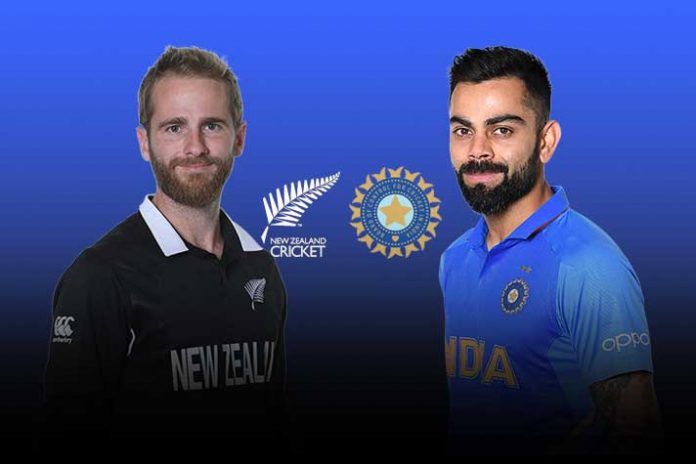 After the T20I clean sweep by India, there is an opportunity with New Zealand to clean India sweep and avenge their 5-0 defeat when the two sides meet for the third and final ODI in Mt. Maunganui on Tuesday.

New Zealand have taken an unassailable 2-0 lead after their victories in the first two ODI’s at Hamilton and Auckland.

The Kiwis dugout will be boosted with the return of their full-time skipper Kane Williamson who has been out of action since the third T20 in Hamilton on January 29 when he suffered a shoulder injury while fielding.

“He certainly had a full workout and all is on track for tomorrow. He’s looking good to be ready to play. We’ll have one final look at him in the morning and make sure nothing happens overnight,” New Zealand stand-in head coach Shane Jurgensen said on the eve of third ODI.

Along with Kane who was on Monday declared fit to lead New Zealand in the third ODI, the hosts will also be adding leg spinner Ish Sodhi and pacer Blair Tickner to their squad for the final game. Both Sodhi and Tickner were part of the New Zealand A squad which drew the second unofficial Test against India A in Lincoln. They did not take part in the fourth and final day’s proceedings on Monday.

The Black Caps have a number of players who are recovering from injuries. Tim Southee (stomach bug), Mitchell Santner (stomach bug) and Scott Kuggeleijn (viral fever) are hoping to recover in time for the third ODI.

New Zealand have won three out of eight games at the Bay Oval. But all of them have come against Sri Lanka. South Africa, England, and India have defeated them in the other five matches. Last year in January 2019, the Men in Blue came out trumps by 90 runs and seven wickets in two games played at the venue.

On the other hand, the visitors haven’t been at their best against New Zealand in ODI cricket of late. The Men in Blue have not won against the Black Caps in the last five ODIs including the warm-up match in the World Cup.

Now, Kohli and co. have lost the three-match series against a second-string Kiwi side, irrespective of the result in the last game in Mount Maunganui. In the post-match presentation of the second game, the Indian skipper Virat Kohli hinted that India could try other players in the third match.

India may bring back Mohammed Shami, resting Jasprit Bumrah, who hasn’t looked at his best thus far. Navdeep Saini and Ravindra Jadeja haven’t picked up a whole lot of wickets but have been frugal with an economy rate under five.

Shardul Thakur has an economy of 7.36, though he has three wickets. Chahal was pretty impressive with the ball with three wickets last time.

In batting, Iyer has 155 runs, but he would be gutted with throwing his wicket away to a rash shot in Auckland. Virat Kohli is yet to come to his own. The openers- Mayank Agarwal and Prithvi Shaw- have flattered to deceive as well.