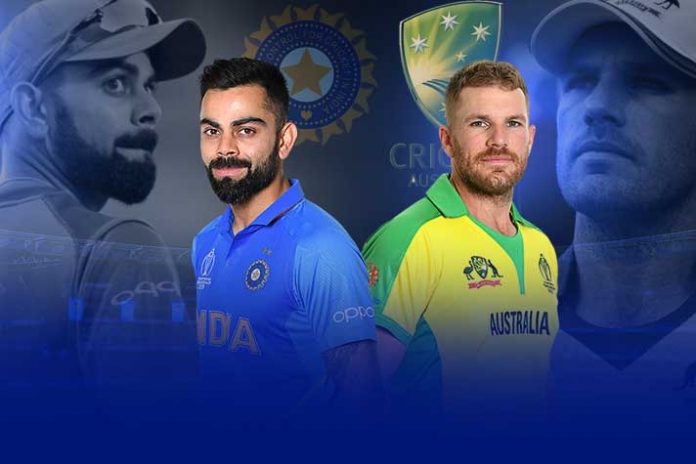 The last time Australia toured India was just before the 2019 Cricket World Cup and the Aussies turned around a 0-2 deficit to beat India 3-2 in the five-match series back then. This time, a year later the Aussies are back in India but for a shorter duration; only three One Day Internationals.

The Kangaroos, after having a tough 12 months, have well and truly regained their mojo again. They have not played any ODI cricket since the World Cup 2019, but they looked really balanced and penetrative in the T20Is they played in the initial parts of the Australian summer. Although Justin Langer, their head coach, who has played a key role in their resurgence, is not on this tour, Australia have got most of their first-choice players in the squad for this series and they are going field a very strong XI.

The Indians are going through a tremendous form. Since the Cricket World Cup 2019, the Men in Blue have played seven limited-overs series (2 ODI & 5 T20I) and have comfortably secured wins in six of them with one being shared with South Africa. Virat Kohli will lead a strong 16-men squad against Australia. The Blues are coming on the back of an impressive T20I sweep against Sri Lanka and look set for another remarkable show against Australia.

The Indian conditions will obviously be something that the Aussies will have to adapt to because there is a difference in the pace of the pitches, with the ball coming off the deck much slower in India, in comparison to the Australian pitches. However, there are a few players in the Australian squad who have got an idea of playing in the Indian conditions as they have played a lot of cricket in India in the past, in the IPL as well as in international cricket.

It’s a T20 World Cup year while the World Test Championship is also gathering steam. A three-match ODI series doesn’t shout relevance in this context. But when some of the best players of the world are involved – Kohli and Co. going up against the world-class Australian pace attack or a fit-and-raring-to-go Bumrah, in the company of Mohammed Shami, Navdeep Saini and the spinners, facing off against the power-packed Australian top order – relevance would be of least importance.

The match is scheduled to start at 1.30 pm at Wankhede Stadium, Mumbai.

The feed will also be streamed on Star India’s OTT platform Hotstar.