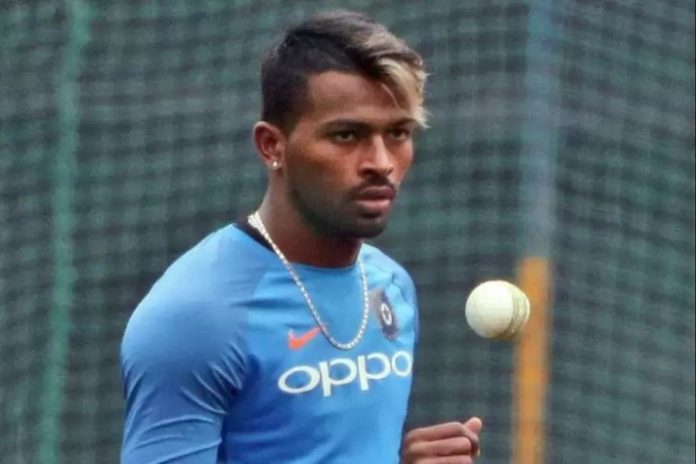 India tour of Australia is all clear now after getting green signal from the local government officials. Virat Kohli and his team will travel to Australia right after the IPL 2020 for 3-T20, 3-ODI’s and 4-match Test series. Sunil Joshi led BCCI’s selection committee is likely to meet before the end of the week to select the Indian team for the forthcoming tour.

It is being reliably learnt that the BCCI has directed selectors to pick minimum 30-32 member squad for all 3 formats. It will be Team India’s first international assignment since March, but selectors and the team management have been left sweating over one particular name who can be to India’s success in Australia.

InsideSport has learnt that selectors are not too sure whether to pick Hardik Pandya for the tour or not? Though Pandya has completely recovered from the back injury and has looked good on the field during the ongoing IPL 2020 in UAE. But the problem is that despite being in Mumbai Indians squad for all 9 matches, Hardik is yet to bowl a single delivery in IPL.

Also, if reports are to be believed, the 27-year-old is currently working under MI’s bowling coach Zaheer Khan with a new bowling action.

“His [Pandya’s] body can’t take the longer version at the moment, he is fine for the shorter versions though. He has changed his bowling action and is being monitored by former Indian pacer Zaheer Khan at the Mumbai Indians franchise,” a close source to Hardik was quoted by one of the leading English daily.

Notably, the Baroda all-rounder underwent back surgery in London last year, but since then he hasn’t bowled in competitive cricket, which might force the selectors to ignore Pandya as he can’t be expected to shoulder the load in Tests.

Selectors will be reluctant to pick Hardik purely as a batsman if he is not ready to contribute with his bowling.

Indian cricket team is somehow getting compromised because of IPL 2020 as the tournament has witnessed multiple Indian players getting injured during the competition. Pacers Bhuvneshwar Kumar and Ishant Sharma are already injured and both the right-arm fast bowlers are ruled out of the ongoing IPL 13. Their participation in Australia tour is also in doubt as the level of their injuries is severe.

Bhuvneshwar is suffering from injuries to hip and thigh, while Ishant is also a doubtful suffered an injury in his rib-cage.

The duo’s absence means speedsters Navdeep Saini, Mohammed Siraj and Shardul Thakur will fight for a place for the fifth fast bowler, while Jasprit Bumrah and Mohammed Shami will lead the fast bowling attack across formats for India according to a report in PTI.

ALSO READ: India Tour of Australia: All you want to know about the Indian team for the tour, schedule and selection committee meeting

The report also stated that spinner Axar Patel, currently plying his trade for Delhi Capitals in IPL, might also be included in the squad.

Meanwhile, the NSW Government has given the green light to India quarantining and training in Sydney, only 72 hours after Cricket Australia lodged an application following pushback from Queensland.

Sydney and Canberra will serve as the starting points of India’s tour of Australia next month, after Cricket Australia and the New South Wales state government knitted together a deal for the touring team and Australian players returning from the IPL to quarantine in Sydney while also being granted access to nearby training facilities.