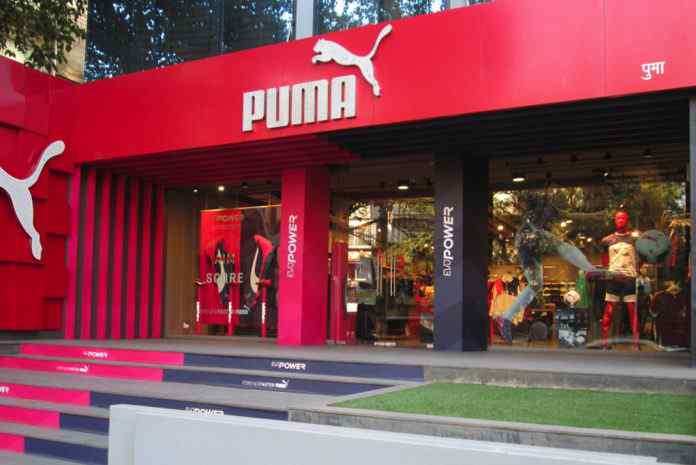 Puma has Virat Kohli as not just as a brand ambassador. But a partner. The brand in association with Kohli, to whom it has committed an unprecedented INR 110 crore in an eight-year deal, is launching an athletic leisure range.

This aggression is driven by the fact that the German sports lifestyle brand is counting India among its top five markets the world over. The confidence comes amidst the news that rivals’ Nike and Adidas are slashing their employee strengths to cut down on costs for their survival in the country.

“In 2016, India was the eight-largest market for Puma. We expect India to be among the top five by 2020,” Economic Times has quoted Gulden as saying in his first ever interview to Indian media.

Puma has become the No. 1 lifestyle brand in India with a reported revenue of $145-million (Rs 921-crore) last year. The strong has potential to push India it ahead of Puma’s other markets like Germany and France and join US, China, Japan and Korea among the brand’s top five markets by sales.

Puma has been scripting a global turnaround over the past few years with the help of powerhouse celebrities like singer Rihanna and reality TV star Kylie Jenner, who’ve endorsed the brand at a time when sneaker culture has become mainstream. Gulden said the brand would push this so-called athleisure trend to ‘generation hustle’ in India too, taking a cue from the success the concept has received internationally.

“We are primarily a sports company and continue to invest in sports innovation and technology. But today, 80% of sports shoes are used for everyday use, so stylish and well-looking products are a must,” said Gulden said, who became the company’s CEO four years ago.

“The most influential people to generation hustle are their friends and connections – and, in some cases, the athletes, musicians, entrepreneurs and celebrities they admire. Therefore, our aim is to partner with those influential customers and the people they admire to tell our brand’s stories,” added the 52-year-old who headed Danish jewellery brand Pandora before joining Puma.

Rihanna, Usain Bolt and Kylie Jenner are among the star icons Puma has roped in as brand ambassadors for a social media-friendly strategy. Puma, in India for a decade now, is endorsed by country’s biggest brand icon – Indian cricket captain Virat Kohli.

ET in its report share some imported numbers to highlight brand’s growth. Puma’s shares have more than doubled in the last two years after it wrested back the market momentum from North American rival Under Armour, which had upstaged the fashion-focused German brand soon after the 2008 financial crisis. In March this year, Bloomberg reported about Puma and Under Armour switching sides with the former demonstrating a comeback in profits and stock market performance.

Puma was founded by Rudolf Dassler 69 years ago, after splitting the family business with brother Adolf who went on to build Adidas from the same town of Herzogenaurach.

In 2007, French luxury goods maker Kering acquired Puma, which has a revenue run rate of $4.5 billion and an operating profit of $260 million.

Puma India has started its own stores along with franchise operated ones. It owns and operates 60 out of the total 350 exclusive brand stores in the country. The company has also built its online presence through an e-commerce portal as well as selling on leading e-tailers like Flipkart and Amazon, among others.

Gulden feels having the combination of their own brand stores and working with franchised partners enables the firm to have a healthy balance in business. He said India’s e-commerce potential with about 730 million internet users expected to buy products online by 2020 would “give us the additional opportunity to launch exclusive products and limited editions, besides using it as a platform to connect with our consumers in a unique and engaging manner”.