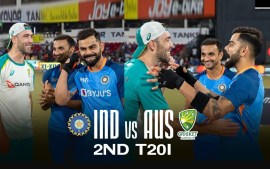 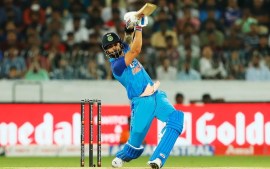 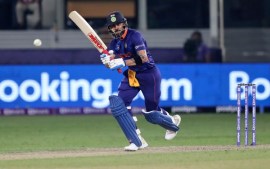 India Squad for ICC WTC Finals: No place for Hardik Pandya and Prithvi Shaw as selectors announce 20 member Indian team: The All-India Senior Selection Committee has picked the Indian squad for the inaugural ICC World Test Championship (WTC) final and the five-match Test series against England. All-rounder Hardik Pandya and opening batsman Prithvi Shaw were ignored in the India squad for the upcoming test series and WTC fixture in Southampton that is scheduled to take place from June 18.

No place for Hardik Pandya and Prithvi Shaw

Selectors have passed a message – without being fit to ball Hardik Pandya will not be included in the Indian team just as a batsman. It’s been 3 years since he last played a test. Pandya had a forgetful run in the IPL 2021 where he managed just 52 runs across 7 innings and couldn’t ball due to a niggle. In the present scenario, he could have become only a burden for the Indian team.

On the other hand, Prithvi Shaw was ignored despite scoring 827 runs in Vijay Hazare Trophy, which included 4 tons and a terrific IPL season. He scored as many as 308 runs with the help of 3 fifties and placed in the Orange Cap race. With four other openers – Rohit Sharma, Shubman Gill, KL Rahul and Mayank Agarwal, the young Mumbai opener missed out of the India squad.

Team India’s first stop will be in Southampton where they play New Zealand to decide the first champion of the Test format. Following their 3-1 win against England at home, India finished as the No. 1 side with 72.2 percentage points and booked their place in the final.

ICC WTC Finals India squad: The pace department had a surprise pick in Prasidh Krishna for stand players. The 25-year-old Karnataka bowler could have competition from Delhi’s Navdeep Saini but the team management is believed to be impressed with Prasidh Krishna, who did reasonably well in the three ODIs he played against England in March. The other pacers who could be on the flight will be the expected ones — Jasprit Bumrah, Ishant Sharma, Mohammed Siraj and Shardul Thakur. Mohammed Shami, who missed out on the England Tests, should return.

India’s Test cricketers might leave earlier than expected to England for the World Test Championship final against New Zealand, scheduled to get underway from June 18 in Southampton. India were expected to leave for the UK in the first week of June but they might travel as early as the last week of May amid travel restrictions in the wake of the Covid-19 pandemic.

India and New Zealand players, who featured in IPL 2021, were initially expected to take a chartered plane from the country to the UK after the completion of the T20 league. However, with the IPL postponed indefinitely after positive Covid-19 cases, plans had to be reworked. 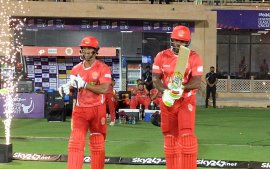