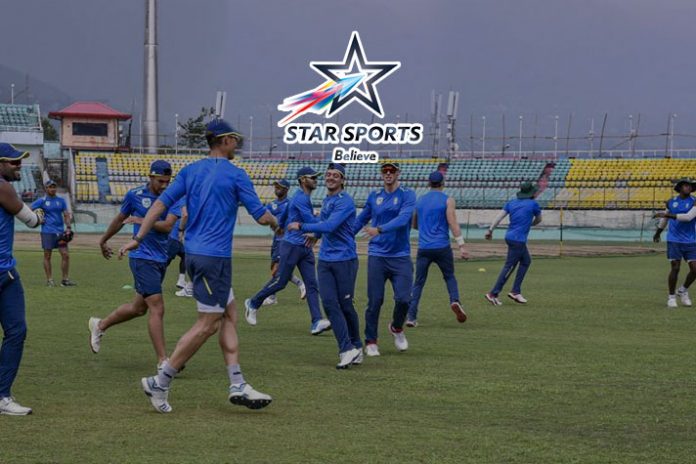 The South Africa tour of India begins this Sunday, September 15, with the first T20 International. Star Sports Network, the official broadcaster for the series gears up with a dedicated line-up of daily special programmes as a prelude to what seems like a very exciting season of home cricket. This year is going to be the year of T20 – beginning with South Africa playing India. To enjoy the Home Season of Cricket starting with the South Africa tour of India, fans can subscribe and tune into Star Sports Network, the ONLY network that provides uninterrupted, unlimited and exclusive content starting at 8:30 a.m.

Star Sports Select Dugout is back

Riding on the success of the previous editions of the Select Dugout, Star Sports brings back #SelectDugout starting Sept 15th for the ongoing PayTM South Africa vs India T20 series. Select Dugout is a bespoke experience that brings fans closer to the game with deeper engagement, detailed analytical and predictive commentary peppered with demos by experts. Fans can continue enjoying the fun banter with Dugout Veterans – Dean Jones and Scott Styris as they are joined by Mike Hesson, VVS Laxman and Brian Lara on the expert panel for the series.

With the commitment to engage fans across the country, Star Sports will broadcast the India v South Africa series in seven different languages – English, Hindi, Tamil, Telugu, Kannada and Bangla targeting an unparalleled reach to engage core cricket fans across TV and digital platforms. This will give supporters an option to enjoy the game and commentary in the language of their choice.

Besides match commentary, the India v South Africa series will include special programming to discuss the team’s game plans, pre-match and post-match analysis throughout the tournament. Joining the experts will be faces of Star Sports network which includes Jatin Sapru, Mayanti Langer, Sanjana Ganesan, among others.

As the Men in Blue take on South Africa in the T20 series, Star Sports will telecast proprietary shows such as Nerolac Cricket Live (90 mins), Game Plan, Match Point and Cricket Countdown that will continue throughout the tournament.

Follow the Blues returns with exclusive content that will focus on the ‘Men in Blue’ and how they will  start their campaign to win ICC Cricket World Cup 2020. The show will feature exclusive interviews, net sessions, media interactions, behind the scenes action and a lot of fan fervour.

A bespoke experience offering fans with the match analysis by some of the finest cricketing talent in the world, Select Dugout, will be broadcast on 7 p.m. on Star Sports Select 1 SD/HD  on all T20I match days.

Cricket Countdown, the show will cover the best of the cricketing action from the week, 7:30 p.m. on Star Sports 1 and Star Sports 1 Hindi on September 17 and 24

As the home season of cricket approaches, fans will bear witness to a cricket extravaganza with the ICC World Test Championship as well as the South Africa, West Indies, Zimbabwe, New Zealand and Australia tour of India starting, September 15th, 2019 on the Star Sports Network and Hotstar.