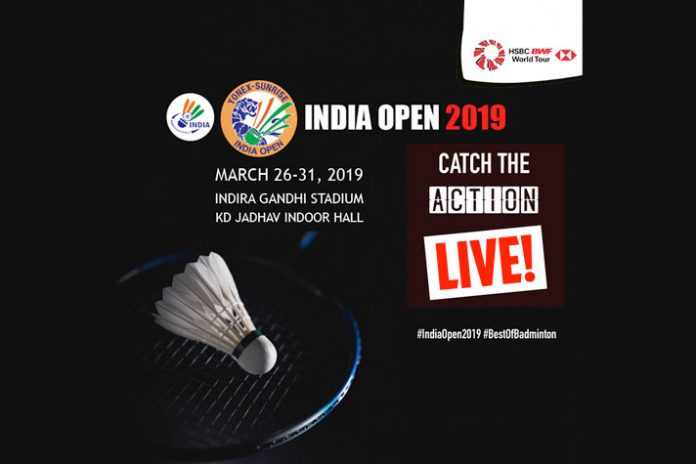 Yonex Sunrise India Open badminton championship will have a new home this year after eight successful years at the Siri Fort Badminton and Squash complex in New Delhi.

The ninth edition of India’s flagship badminton event, the Yonex Sunrise India Open will be played from March 26 to 31 at the Indira Gandhi Indoor Stadium annexe KD Jadhav

The $350,000 marque tournament features some the leading talent of global badminton.

“This tournament has been a great platform for the Indian players to contest against the best shuttlers from around the world. Historically India has registered good results and I am confident our players will repeat the feat this year too; especially playing at a new and historic venue like Indira Gandhi Stadium, it will be a great opportunity for the fans to experience the live action. I urge people to come in huge numbers for the matches,” says Badminton Association of India president Himanta Biswa Sarma.

The tournament has evolved a long way since its inception in 2008. The first three editions of the India Open, then a Grand Prix Gold level tournament of the BWF tournament structure were hosted in Hyderabad. It was upgraded later to a BWF Superseries Tournament in 2011 and since then India Open is part of the World Tour and hosted in the National Capital.

“The India Open is a prestigious tournament that India has the privilege to host and on behalf of Badminton Association of India; I urge fans to come in huge numbers and witness their favourite badminton players in action and also the young Indian shuttlers in this tournament,” BAI General Secretary, Ajay Singhania said.

With the Olympic Qualification starting later this year; this year’s India Open will see a host of top players from world badminton trying to amass as many ranking points possible to guarantee a direct entry for the Tokyo 2020 Olympics.