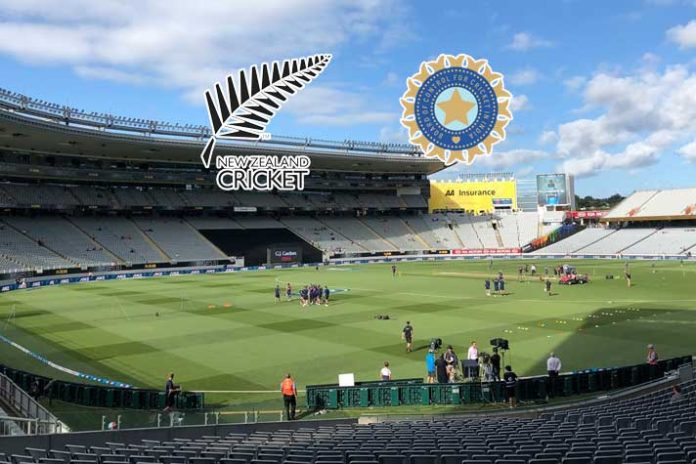 After conquering mighty Australians at home, Virat Kohli is all set to lead the Men in Blue on the Mission New Zealand with the aim of settling the ICC World Cup 2019 score, where the Kiwis had eliminated the mighty Indians by halting their juggernaut in the semi-finals.

India are set to start their New Zealand sojourn with a five-match T20 International series. This will also be sort of an opportunity for India to test their strength and weaknesses and iron our flaws in run up to the ICC T20 World Cup in Australia later this year.

Indians will be playing their first T20I on the New Zealand tour on February 24, within five days after having defeated Australia at the MA Chidambaram Stadium in Bengaluru on Sunday.

There is little time to overcome the jet lag, adjust to a new time cycle and prepare for the conditions which will throw a different challenge than the playing on the Indian wickets.

The five-match T20I series will be followed by three One Day Internationals. Before India complete their tour with the two Test matches next month, there will be a three-day warm up match.

The matches will be broadcast LIVE on Star Sports network channels. DD Sports will simulcast the shared feed from Star Sports. Fans can also catch the LIVE action on Hotstar Premium and Hotstar VIP.