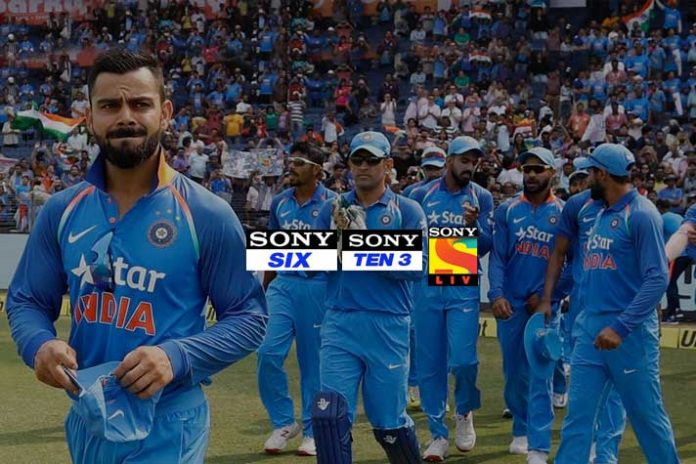 Where to catch India-Ireland series Live when official broadcaster Sony Pictures Network has its hand and platforms occupied with the FIFA World Cup?

Sony Six, Sony Tens 3 and Sony LIV will be the destinations for watching the India-Ireland series Live as the two matches are scheduled at the Village, Malahide, Dublin on June 27 and 29.

Sony Pictures Network will be jostling for space on its Sports cluster to accommodate precious live content as Team India embark on the two-match T20 International series in Ireland.

The games at The Village ground in Dublin will start at 8.30 pm India time, which is also the kick of time for the FIFA World Cup second header for most of the days.

With eight cricket boards in its kitty and its full with precious sports content, Sony Sports Cluster will broadcast the Ireland-India T20I games on Sony Six and Sony Ten 3 with Hindi and English commentary.

The games will also be simulcast live on OTT platform Sony LIV.

Sunil Gavaskar and Sanjay Majrekar will be the top voices for the live match description in the commentary panel that also includes Harsha Bhogle, Ajay Jadeja, Deep Das Gupta and Vivek Razdan.

Sony Sports Cluster and Sony LIV will be the destination for the majority of Indian sports lovers over the next few months. Even as the FIFA World Cup 2018 moves towards its climax match by match, Sony Sports Clusters is all set to share its channel space for some exciting cricket action with Indian cricket team’s twin tours of Ireland and England starting later this month.

Meanwhile, Rohit Sharma has cleared the Yo-Yo Test and is all set to fly to Dublin as part of the Blue Brigade.