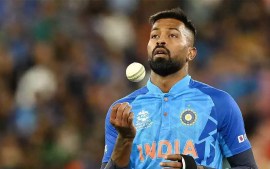 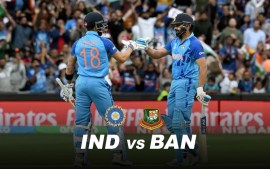 IND vs BAN: ‘To hell with them’ Ravi Shastri goes BALLISTIC on…

India Cricket Team Overhaul: India T20 Captaincy: India need to appoint a new Twenty20 captain and follow England’s template to revive their fortunes in that format, former head coach Ravi Shastri said on Thursday. Rohit Sharma, 35, remains India all-format captain but the team’s defeat in the semi-finals of the T20 World Cup in Australia has prompted calls to inject fresh blood into the side. Follow IND vs NZ LIVE Updates on InsideSport.IN.

Rohit and fellow batters Virat Kohli and KL Rahul have been rested for India’s tour of New Zealand where Hardik Pandya will lead the T20 squad while Shikhar Dhawan will be in charge for the one-day internationals.

“I think for T20 cricket, there’s no harm in having a new captain, because the volume of cricket is such that for one player to play all three formats of the game is never going to be easy,” Shastri told a virtual news conference.

“Rohit is already leading in one-days and Test matches. There’s no harm in identifying a new T20 Captain, and if his name is Hardik Pandya, so be it.”

The former all-rounder was impressed about how England transformed into a white-ball juggernaut and won the T20 World Cup on Sunday to become the first team to hold both the 50-overs and 20-overs global titles at the same time.

“They sat down and said ‘We are going to change our resources, we are going to identify the best players for the format, whether it’s T20 or 50-overs cricket, and if it meant certain senior players had to sit out, so be it.’

“They got in youngsters who were fearless, who could adapt to that pattern of the game without having to change too much.

“It’s a template that can be followed easily. India has got a wealth of resources, and I think it can start now, from this tour.”

The 60-year-old did not think it was necessary for India players to participate in T20 leagues abroad to familiarise themselves with those conditions. “They are absolutely fine playing IPL (Indian Premier League) and focusing on domestic cricket.

“We need them to play domestic cricket as well.”