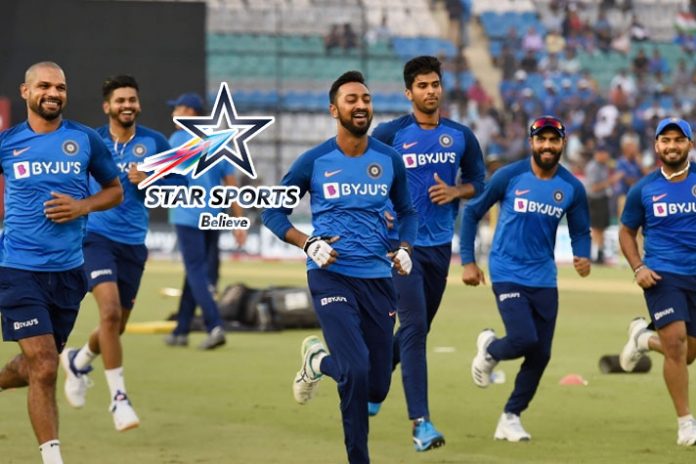 Star Sports, the destination for  all the India cricket LIVE in Team India’s run up to the ICC T20 World Cup next year, has launched Mission 2020 that will showcase India’s all matches in preparation, run up and final quest in Australia for the World Champions trophy.

The ‘Men in Blue’ have embarked on their quest to bring the ICC T20 World Cup Trophy home next year with an impressive win over South Africa at Mohali on Wednesday after the first match of the series was washed out in Dharamshala on September 15.

Mission 2020 will showcase all India matches as the Virat Kohli-led team prepare for the ultimate championship in Australia, 13 months from now, where they will fight their hardest to bring the ICC T20 World Cup trophy home after 13 years.

With the home season of cricket commencing, fans will be witness to a live cricketing feast with 30 T20 Internationals to be played during the ongoing tour of South Africa, and subsequent visits by Bangladesh, the West Indies, Zimbabwe and Australia to India as well as India’s tour of New Zealand. Star Sports Network and Hotstar will bring to the Indian cricket fans all the action LIVE.

Hungry for his first ICC T20 Championship and break the jinx of not scoring a T20 Internationals century, Kohli will be looking to find the best balance in terms opening combination, pace attack, spinners and all-rounders to face the challenge that will come from some of the world’s best T20 teams.

For the ‘Home Season of Cricket’, breaking away from the norms, Star Sports has launched its campaign which uses animation to create a visual identity and build its narrative. The introduction of animation storytelling surrounding the two most important elements of the game of cricket i.e. bat and ball as humanized characters will establish consistency, mindshare and a high recall for ‘Cricket on Star Sports’.

This new campaign will help build awareness and generate a great deal of excitement for each of the upcoming series, beginning with the ongoing South Africa tour of India.

Keeping fans up to date with Mission 2020, Star Sports – the ‘Home of Cricket’ has alluring content, starting 15th September 2019, which includes the live game and exclusive shows around cricket, with cricketers, fans, expert commentators, stadiums and more. Fans will see the return of one of the most engaging feeds on cricket, The Select Dugout. This will bring with it a customized experience that brings fans closer to the game with deeper engagement, detailed analytical and predictive commentary peppered with demos by a well-respected line of experts that include former international stars like Dean Jones, Scott Styris, Mike Hesson, VVS Laxman and Brian Lara.