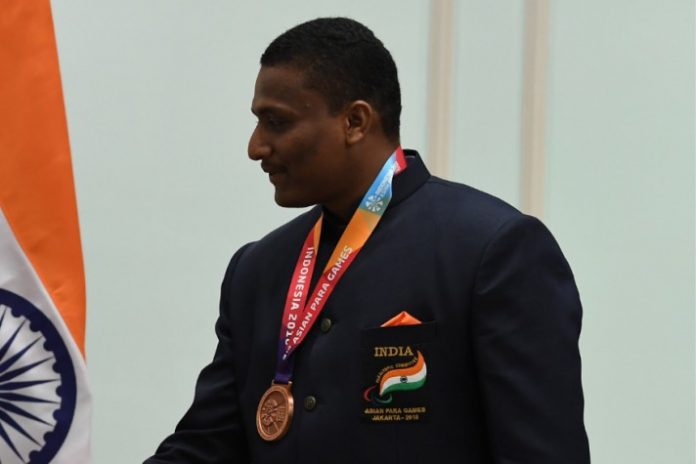 Pillai won the gold in the disabled men’s shot put IF1 category with a best throw of 12.76 metres which he registered in the fourth of his six attempts.

Peru’s Felipa Carlos won the silver with best effort of 10.47m while Severs Robert of The Netherlands clinched the bronze with an effort of 9.93m.

Virender added one more yellow metal, when he emerged winner in the men’s disabled shot put IF5 category with a best effort 11.43m.

France’s Marfil Nicolas bagged the silver in this category, while Suma Piero Rosario of Italy clinched the bronze.

In boxing, Deepak progressed to the men’s light weight semifinals with a 5-0 win over Saehan Samak of Thailand.

However, his compatriots Amit and Satish Kumar bowed out in the quarterfinals of their respective weight categories.

While Amit lost 0-5 against Kharkhuu Enkhmandakh of Mongolia in the quarterfinals of the men’s fly (49-52kg) category, Satish Kumar was shown the door by Suslemkov Artem of Russia 4-1 in the men’s super heavy(+91KG) division.

Gyanender missed a bronze in the greco-roman 60kg wrestling after losing 2-6 to Sultangali Aidos of Kazakhstan.

Para-athlete Anandan Gunasekaran had on Tuesday scooped two gold medals in the disabled men’s 100m and 400m IT1 events to open India’s medal account at the ongoing Games.

Gunasekaran had clocked 12.00 seconds to win the 100m event, India’s first medal in the ongoing Games. Later, the 32-year-old Indian clinched his second gold by clocking 53.35 seconds in the disabled men’s 400m IT1 event.