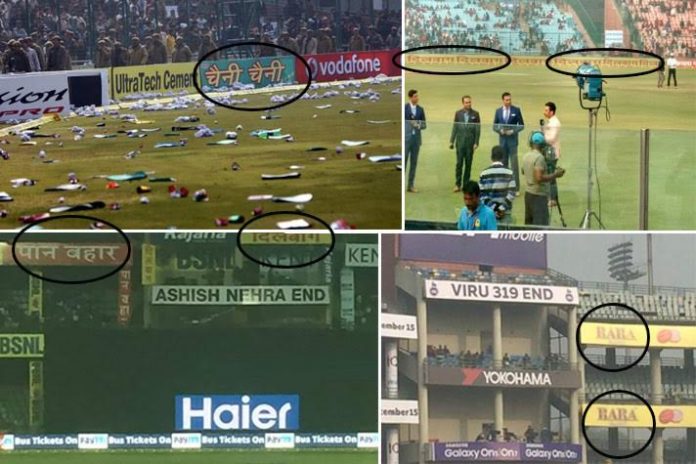 The brands in the disguise of ‘pan masala’ (chewable mouth freshener) promote their tobacco oral products. The practice may come to an end as India take on Australian on Wednesday, March 13, to decide the five-match One Day International series.

A Delhi Government Health Department official has reportedly written to the Delhi and District Cricket Association, the governing body for  cricket in Delhi and the host association for the game, that advertising surrogate products for chewable tobacco brands will not be allowed during the India-Australia ODI on Wednesday.

The letter though has been written in a personal capacity, national daily Hindustan Times has reported.

“During the previous matches, we saw the pan masala advertisements and have information that they will be used during the matches in Delhi too. This is a violation of Section 5 of Cigarettes and Other Tobacco Products Act (COTPA) that prohibits surrogate advertising,” Dr SK Arora, additional director of health services, Delhi government, has stated.

“Earlier, when I was heading the tobacco control cell, I had issued a show-cause notice to the DDCA in 2017 for displaying such advertisements during a test match in Delhi. Cricket is followed by millions in India and has the power to influence youngsters. We need to protect them from tobacco. The DDCA should feel responsible to the society and remove the advertisement before the match, and stop these sponsorships,” the paper has quoted Arora as saying.

Dr Arora is reportedly working with the tobacco control cell since 2012 and last year, received the World Health Organisation’s World No Tobacco Day award for his efforts.

Even as Delhi has lesser average tobacco consumers – 17.8 % as against the national average of 28.6% – Dr Arora says more efforts should be made to dissuade smokers.

“Tobacco use continues to be the leading cause of 40% of all cancers and 90% of oral cancers in India. Among tuberculosis patients, 40% are tobacco smokers and 20 to 30% among people with diabetes, hypertension, heart disease and stroke,” said Arora, a practising physician who specialises in chest and pulmonary diseases.