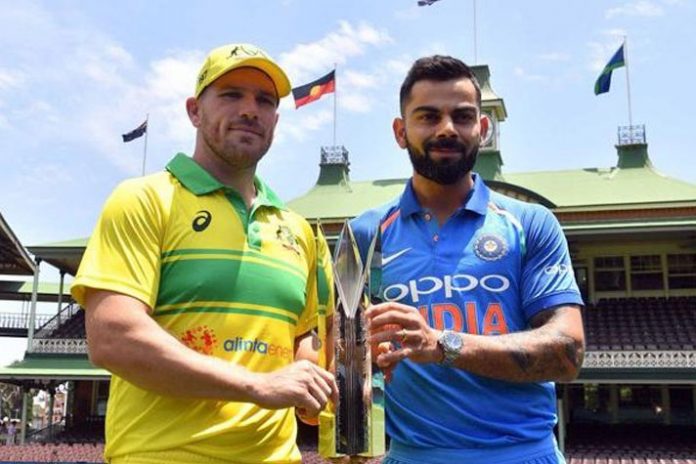 India’s historic Test series win over Australia, first for an Asian national Down Under, is history now. Virat Kohli and company are training their guns for a ODI series sweep now.

The three-match series will also be an assessment and preparation for the ICC World Cup 2019 – to be played in England and Wales from May 30.

The ODI will start at the Sydney Cricket Ground from 8:50 am India time tomorrow. India go into the match with positives and confidence from the Test series triumph. The Hardik Pandya, KL Rahul controversy did not come at the right time for the ODI series to start. As the duo face a likely ban, skipper Kohli has dismissed that the controversy will affect the dressing room or the team’s performance in the middle.

The live and exclusive broadcaster for Cricket Australia’s international games in the Indian sub-continent, Sony Pictures Network will broadcast the action from the SCG on Sony Ten 3 and Sony Six with Hindi and English programming respectively. Sony’s OTT platform SonyLIV will stream the match simultaneously. The match will also be available live on Sony Ten 3 HD and Sony Six HD.

Former skipper MS Dhoni’s return to the ODI action is an undeclared confirmation that India will into the ICC World Cup 2019 with its most seasoned pro behind the wickets.

Hosts Australian go into the series with a new look – both in terms of faces and the team colours.

The home team meanwhile has named the XI for the series opener.