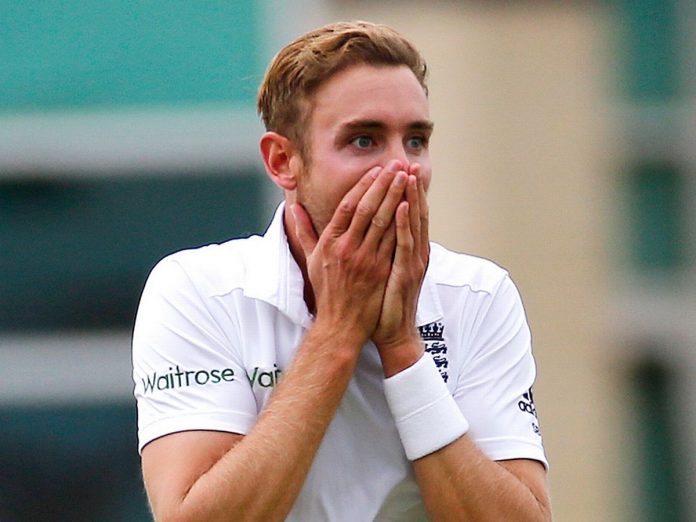 Ind vs Eng Test Series – Stuart Broad admits England were outplayed by India in second Test rather than blaming Chennai pitch: As England stumbled to a crushing defeat in the second Test against India, their biggest in terms of runs (317) in Asia, the talk about this pitch in Chennai remained the focus for many as several cricket pundits, experts and fans criticised it for favouring the spinners right from the start. However, England pacer Stuart Broad has no gripes about the pitch at Chepauk as he concedes that England got outplayed by India in the second Test.

“We got outplayed, out-skilled on that pitch in Chennai and we don’t want to tear ourselves down too much because things didn’t go our way and India played really well,” Broad said.

“It was a pitch that made the toss crucial, just as had been the case when we won the first Test match at the same ground. If you lose the toss on that pitch, you then have to play a once-in-a-lifetime match to win it and India did not allow any chance of that,” he added.

Broad also went onto explain how a pitch behaves differently as a Test progresses.

“You get that huge differentiation in bounce when pitches deteriorate and on pitches that play like that it is obviously easier to score runs before they get worn.”

The England star pacer even pointed out how every country takes advantage of home condition and even England did the same in 2018 when India were thrashed by an innings at Lord’s.

“There is no criticism of the second Test pitch from our point of view. That’s exactly what home advantage is and you are well within your rights to utilise that. Why wouldn’t India play on pitches that turn square and upon which first innings runs are vital? They outplayed us on a pitch that they are very skilled on but one very alien to us.”

“It’s the same as when we beat India at Lord’s in 2018: the ball swung around, and when it did it looked like a different pitch when we batted on it compared to our opposition. Why? Because we have spent 30 years playing against the ball moving through the air. India were dismissed for 107 and 130 and we won by an innings.”

“There are all different ways of trying to give yourself an advantage on home turf. When South Africa play at home to Sri Lanka, it doesn’t get talked about too much that they play on pitches of steep bounce and rapid pace on the Highveld.”

“In Australia, they have a tendency to play the first match of a series at the Gabba because it’s a stronghold for them. There are all kinds of subtle advantages used across the world of sport. This one just happened to slap us in the face.”

Meanwhile, Broad heaped praises on Rohit Sharma and Ravichandran Ashwin as they hit a century in the first innings and second innings of the second Test respectively.

“A couple of key guys in Rohit Sharma and Ravichandran Ashwin made massive contributions, and we have to appreciate that India played really well and we didn’t get it quite right.”

Notably, several former cricketers, including former England captain Michael Vaughan and Australia batsman Mark Waugh, had slammed the Chennai pitch for the 2nd Test, calling it “not fit for Test cricket” and “unplayable”. A few excerpts even went on to call the pitch “a beach”.

Meanwhile, the four-match Test series between India and England is currently locked at 1-1 and now the pivotal third Test, which is set to be a day-night encounter, will commence from February 24 and it will christen India’s new 110,000-capacity Motera Stadium. However, covid restrictions mean it will only be half-full.