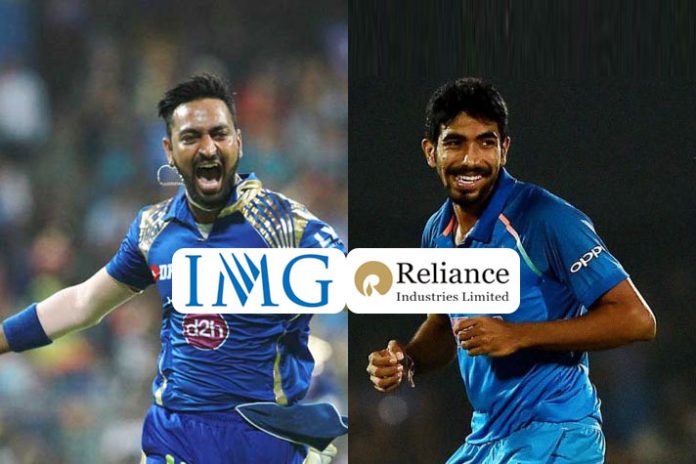 “We have signed long-term contracts with Jasprit and Krunal and we will take care of their brands going forward. We are already having preliminary talks with a few brands that have shown great interests,” Nikhil Bardia, head of sponsorship sales at IMG Reliance told Economics Times.

The joint venture between Reliance Industries Limited and the global sports and talent management agency IMG also has Rohit Sharma and Hardik Pandya as their clients and have been managing their commercial interests since 2016.

Under the terms of the agreement, IMG Reliance will manage all the commercial interests of the players, including their brand endorsement deals, off-field engagements and investments.

The company is already in talks with various brands who are looking forward to get associated with the duo.

India’s pace spearhead Jasprit Bumrah is already endorsing dital payment brand Zaggle as a brand ambassador. Jasprit Bumrah, in just two and a half years of India career, has over 100 international wickets to his credit – 64 in 37 ODIs, 43 in 35 T20 Internationals and 14 in three Tests – as the 24-year-old with an unorthodox bowling action has emerged as the main stay of India’s pace attack.

Krunal Pandya represents Baroda in the first class domestic cricket as an all-rounder, who bats left-handed and bowls left are slow orthodox. He is placed 104th in the IPL Moneyball rankings  for his ₹12.8 crore in salaries for three seasons with the Mumbai Indians. He has been among the top 25 earners in the IPL Moneyball rankings list for 2018 for his ₹8.8 crore deal with Mumbai Indians.