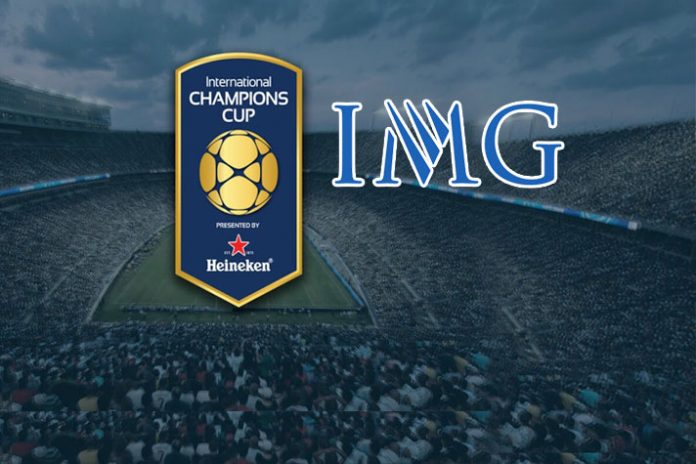 IMG will sell the global media rights of The International Champions Cup (ICC) – the summer’s biggest club football competition – for the next two years following a deal with Relevent Sports Group (RSG), the creator of the event.

The United States, Mexico and Central America are excluded from the deal.

The 2019 tournament will take place between July 16 and August 10 in top venues across the USA, Europe and Asia and feature iconic clubs from the world’s elite leagues, each playing three games.

The tournament boasts the two largest crowds in US football history and the only Clásico ever played on American soil. Last year, the ICC had set records for ticket sales with more than one million sold for the 18 teams playing 27 games across 22 cities over three continents.

“Our global tournament needs an international partner to help reach our distribution goals and satisfy the viewing needs of soccer fans all over the world,” said Matthew Kontos, ICC Managing Director. “IMG brings a unique expertise that makes them the ideal partner to continue to elevate the ICC.”

Michael Mellor, SVP, Football, IMG Media, said, “The ICC is the summer’s biggest club football tournament on the football calendar featuring the best players and club sides in the world. We look forward to working with Relevent Sports Group over the next two years and to increasing awareness of the ICC and ensuring the tournament is viewed as widely as possible across all forms of media platforms.”

The ICC made international headlines in 2014 when 109,318 fans packing in to watch Manchester United play Real Madrid at Michigan’s “The Big House” – the largest attended football match ever in the US. In the same year, there was a sell-out crowd at the world-famous Yankee Stadium for Liverpool v. Manchester United. In 2017, the US hosted two giant clashes – the El Clásico between Barcelona and Real Madrid, only the second time played outside of Spain, and the Manchester Derby between United and City.

Other sold-out venues have included Wembley Stadium, Ohio Stadium, US Bank Stadium in Minneapolis, the LA Coliseum, MetLife Stadium in New Jersey and FedExField in Maryland.

Barcelona FC to start its own production company, TV channel