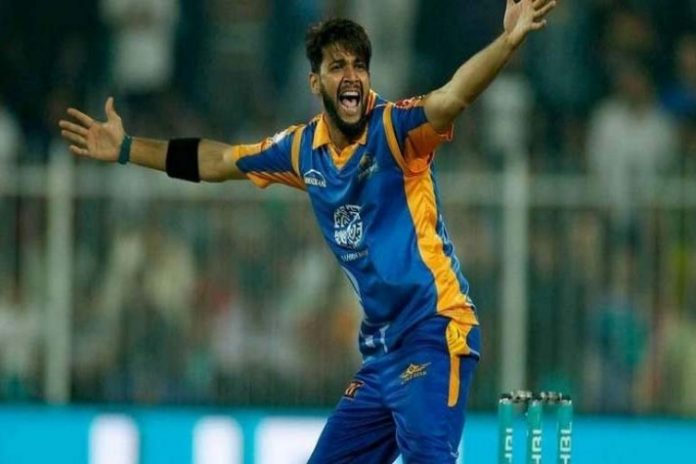 Imad Wasim has sparked a controversy by raising the ball-tampering issue in the Pakistan Super League. Pakistan’s top all-rounder has spilled the beans in public hours before the start of the PSL 2020 season with a match between Quetta Gladiator and Islamabad United in Karachi tonight.

Wasim claimed that had raised the issue of ball tampering in the Pakistan Super League (PSL) during a pre-tournament meeting with match referee Roshan Mahanama.

Speculations were rife that Emad had taken names of Wahab Riaz, Sohail Khan and Ravi Bopara when the discussion on ball tampering took place at the meeting in which all team officials and captains were present.

Apparently Mahanama was making it clear to the team officials and captains about how seriously the offences of spot-fixing and ball tampering were taken at any level of cricket.

Wasim remarked at the meeting that it would be difficult to stop ball tampering incidents in the PSL. To which the Quetta Gladiators head coach, Moin Khan told Emad if you are making such accusations name those players who do ball tampering.

Also Read: Don’t want to dwell on past, want to perform in PSL: tainted opener Sharjeel

“I even suggested at the meeting that if any team or players are caught doing this, their captain should be banned for the offence,” Wasim said.

Wasim’s comments come on a day when Umar Akmal was suspended by the PCB pending an anti-corruption inquiry amid claims that he failed to report a spot-fixing approach.

Asked about the comeback of tainted batsman, Sharjeel Khan in the Karachi Kings franchise in the PSL after serving a two-and-a-half year ban for spot-fixing, Wasim said people do make mistakes in life.

“I feel for those who make such blunders. Cricket is our bread and butter and we can’t earn doing anything else. I can only feel for them because I know the sort of mental, physical and emotional pressure an affected family goes through in such circumstances because one individual made a mistake.”

The Pakistan allrounder said that it was not easy for Sharjeel to make a comeback to big cricket after the ban.

“You can sense he is feeling the pressure and is constantly under the glare. But we are supporting him and we are confident he will come through. He has shown courage and is bravely facing the situation,” he said.