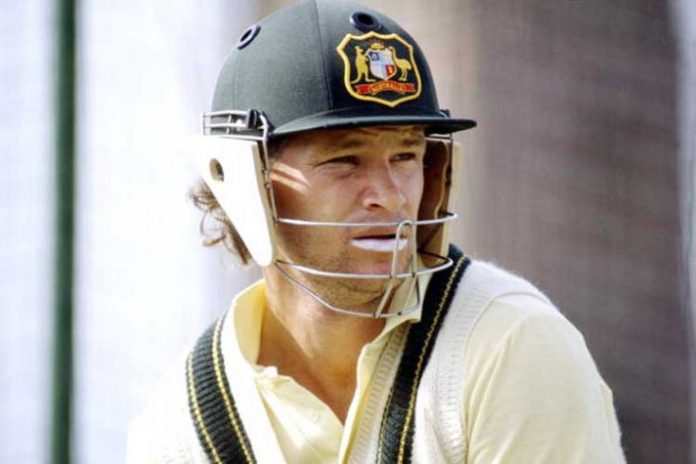 Former Australia batsman Dean Jones has a simple theory on countering the ‘dew factor’ in day-night Tests: change the pink ball if it gets wet.

Experts have already predicted that dew will play a big role in the first-ever day-night Test in India, to be held in Kolkata from November 22.

“It (the Day-Night Test) is a great initiative. The dew factor is a concern, there is no doubt about that. If the ball is wet, just change it,” Jones told PTI over phone from Australia.

Read: Dhoni should bat at no 4: Dean Jones

If India don’t win this time, they will never win in Australia: Dean Jones

“The laws of the game have changed. For example in (Sir Don) Bradman’s time, if the team made 200 runs, they got a second new ball. We are playing a night game, if the ball gets wet, just change the ball, it is as simple as that as far as I am concerned,” said Jones, a ‘Select Dugout’ expert on Star Sports.

Cricket under lights has been seen as the future of Test cricket, which is struggling to attract big crowds in the T20 era.

Jones said day-night Tests have gone on to become a huge hit in Australia where the first ever five-day game was played under lights back in 2015.

“I know that Sourav Ganguly (BCCI president) is a huge fan of night cricket, of Test cricket. Pink Ball cricket is huge and (it is) the future of the game because of people’s lives have been busy.

“The ratings in Australia are massive and I cannot tell you how big it is compared to all the Test matches. People just find it very hard to watch Test cricket during the day because they are too busy,” said Jones, who played 52 Tests and 164 ODIs.

Jones recalled the days when he played five first-class games in Australia where a yellow ball was used and he did not have a problem with that, saying it was all about “adapting”.

“But the pink ball does move around and there is no doubt about that. It is just a matter of just getting used to it (the pink ball), adapting and moving on. That is what you should do in Test cricket,” he said.