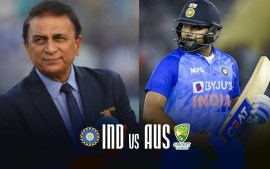 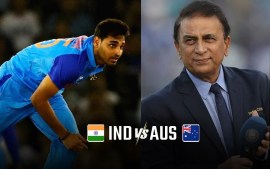 IND vs AUS LIVE: Sunil Gavaskar concerned with out of sorts Bhuvneshwar… 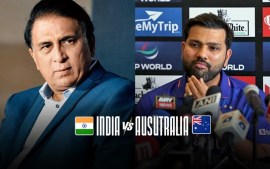 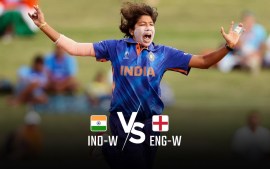 ICC WTC Final: Sunil Gavaskar’s advice to ICC, ‘conduct a tie-breaker like in football’ if rain-hit WTC ends in draw

ICC WTC Final, Ind vs NZ: Former India captain Sunil Gavaskar feels the ICC should find a way to decide a winner in case the rain-hit World Test Championship final between India and New Zealand here ends in a draw. The ongoing match has been affected by English weather with the opening and fourth day washed out completely, while play has been disrupted frequently due to bad light. Even though there is a reserve day but with no play possible for two out of the first four days, the match might end in a draw if inclement weather continues to play spoilsport. He adviced the world body to take cue from football and tennis and conduct a tie-breaker if no there is no outcome to the match.

ICC WTC Final, Ind vs NZ: “There must be a formula to pick a winner in case of a drawn World Test Championship final. ICC’s cricket committee should think and then take a decision,” Gavaskar told ‘Aaj Tak’. There is unlikely to be any change in the rules in this edition as the ICC had made it clear last month that India and New Zealand will share the trophy in case of a draw or a tie.

ICC WTC Final: Sunil Gavaskar’s advice to ICC, ‘conduct a tie-breaker like in football’ if rain-hit WTC ends in draw

ICC WTC Final, Ind vs NZ: A total of 141.1 overs have been bowled so far in the WTC final and with 196 overs still left in the match, a result is possible if weather permits. The former skipper urged the ICC to find a tie-breaker to determine a winner and cited examples of other sports such as football and tennis.

“In football, they have a penalty shootout or they have some other method to decide a winner. In Tennis, there are five sets and there is a tie-breaker,” he said

India were bundled out for 217 in their first innings and New Zealand were 101 for 2, still trailing by 116 runs.