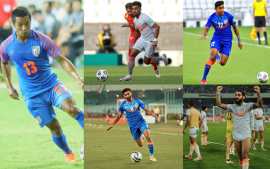 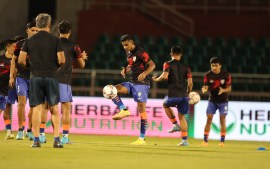 IND vs VIE LIVE: India ANTICIPATES to redeem themselves against host Vietnam… 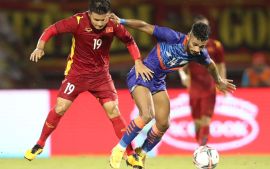 India and New Zealand will lock horns in the WTC final, slated to begin on June 18 at the Ageas Bowl in Southampton. Sangakkara, who is part of the commentary panel for the summit clash, is looking forward to “glorious cricket” from both sides.

“India and New Zealand have both earned their place in the World Test Championship Final. I am looking forward to some glorious cricket from both sides and wish the teams the very best in this highly anticipated tournament finale,” said Sangakkara in an ICC release.

Commenting on the inaugural ICC World Test Championship final, Karthik said: “The inaugural WTC final is the much-anticipated pinnacle event in Test cricket, and I am looking forward to an exciting match between India and New Zealand.

“There is so much at stake here, both teams look evenly matched and what makes it even more interesting is that they are going to be playing at a neutral venue. It’s an honour to work as a broadcaster on this historic event,” he added.

Nasser Hussain added: “We have seen some fantastic Test cricket being played in the last two years as part of the World Test Championship, some newer heroes of the game have emerged and the Test format has seen increased interest across the globe, especially over the last few months.

“The inaugural WTC final will be an exciting contest between two very worthy opponents. I am looking forward to this contest,” said the former England skipper.

The winners of the much-awaited WTC final between India and New Zealand will take home a purse of USD 1.6 million along with the ICC Test Championship Mace.