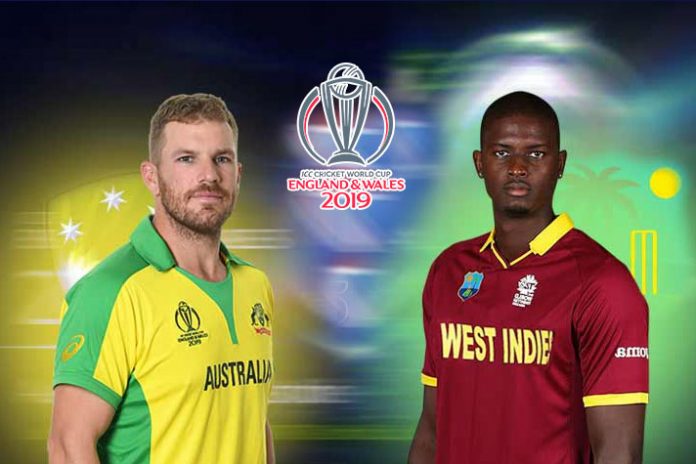 West Indies have faced Australia 9 times before in the matches played between them across the 11 editions of the ICC Cricket World Cup so far. In which, the West Indies have won 5 games and went down in 4 games, WI have a winning percentage of 56% against Australia.

In the inaugural edition of the ICC Cricket World Cup (1975), West Indies lifted the title by defeating Australia by 17 runs at Lords, London. They first won the championship in 1975, under the captaincy of Clive Lloyd. Then in the very next edition (1979) of the ICC World Cup, they won their second title by beating the host (England) by the huge margin of 92 runs at the same venue. In the third edition, they got defeated by the Men in Blues.  West Indies have won two consecutive World Cup title under the captaincy of Clive Lloyd, since then Windies have neither won the World Cup title nor entered in the final.

World Cup history is the clear proof of Australia’s dominance in the World Cup. They first won the championship in 1987, under the captaincy of Allan Border. From 1999 to 2007, Aussies won three consecutive World Cups, once under Steve Waugh and twice under Ricky Ponting. Australia rewrote the history by increasing the tally to five by defeating New Zealand in the 2015 World Cup final on home soil.