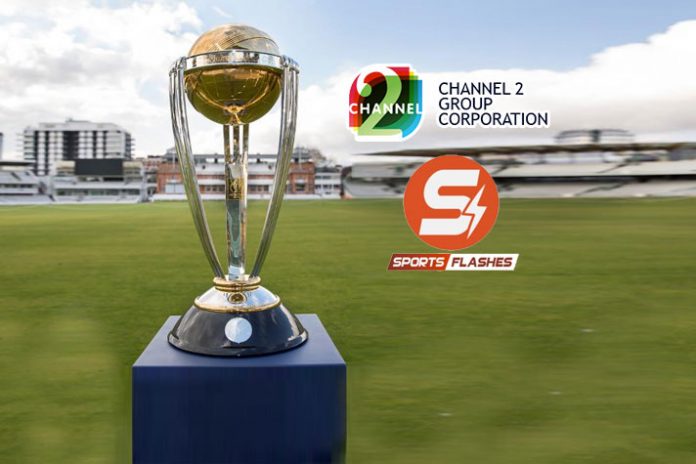 The ICC World Cup 2019 final will have no audio commentary worldwide. The International Cricket Council has pulled the plug on production of the World Cup 2019 audio World Feed for default of radio rights payments. The ICC audio rights holder is busy sparring with its sub-licensees.

The trouble was in the offing from the start of the World Cup 2019 as the International Cricket Council had denied the access to the audio production team from Day One despite having issued them the accreditation cards.

The Sports Flashes production team, including the panel of commentators, could never get access to the match venues to produce the audio feed. This is an indicator that Channel 2 had defaulted on ICC payments much before the first ball was bowled in World Cup 2019.

The Dubai-based Channel 2 had acquired audio rights for all the ICC events till 2023. Intriguingly though, no tender process was followed to award the rights to the company that had no experience or competence to exercise these rights. That can be a separate issue to debate. Thereafter, the company has failed to honour its commercial commitments. A series of non-payments and dishonoured cheques compelled the ICC to withdraw the rights just before the World Cup final. A legal battle between the rights holder and the ICC looms large.

Channel 2, however, is blaming its sub-licensee Sports Flashes radio for default in the payments. “They made a huge fraud with us,” Sethi had told national daily Times Of India from London. “This is a serious default on their part. I am pursuing the matter”.

Raheja instead is blaming Sethi for defaulting at various levels to push him (Sports Flashes) is a real mess. “He (Sethi) has gone back on his commitments. What was his or his company’s competence in radio and media rights business. He relied upon Sports Flashes for everything. We invested efforts and money to fulfil our commitments. But his failure to deliver on his commitments has led us to this avoidable situation.

“It was on his commitment that we (Sports Flashes) sent the full crew to the UK for producing the World Cup audio feed. From Day One the team was not allowed to enter the venues despite having been issued access cards. It was for Channel 2’s defaults.

“He (Sethi) had also committed to give us video rights of archival footage from ICC, which he in fact never possessed. Trusting him, I had invested close to $10 million for producing a film on cricket. Shooting with legends like Sunil Gavaskar, Wasim Arkram, Shoaib Akhtar and may more was completed. Now the complete project is in limbo. And, this man has the audacity to blame me for defaults. Now we feel cheated and victimised. We are taking legal recourse.”

While Channel 2 and Sports Flashes might be engaged in long legal battles, ICC too can’t escape from the blame for letting millions of cricket lovers down worldwide. Had the right procedure been followed in allocating the precious rights, cricket might well not have been subjected to this unwarranted scenario on the eve of its biggest match – the World Cup final.