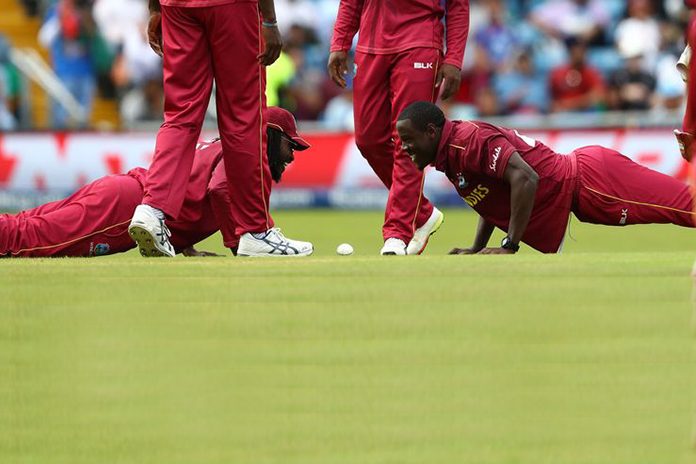 Both sides headed to Headingley on Thursday, July 4, knowing their hopes of reaching the semi-finals were already extinguished. Yet West Indies still delivered a fine batting performance as half-centuries from Evin Lewis, Shai Hope and Nicholas Pooran delivered a score of 311/6.

Afghanistan threatened a first World Cup win over a Full Member nation for much of the reply, Rahmat Shah and Akram Ali Khil putting on 133 after skipper Gulbadin Naib fell to Kemar Roach in the second over.

But West Indies fought back impressively thereafter and Afghanistan were dismissed for 288 despite Ali Khil’s impressive 93-ball 86, Roach claiming 3/37.

All eyes were on Gayle, 18 runs short of Brian Lara’s West Indies-record ODI total of 10,348, when West Indies chose to bat. However, the opener wasn’t able to deliver the anticipated fireworks as he edged Dawlat Zadran behind for seven.

ICC World Cup 2019: Who will face India in the semis

Opening partner Lewis responded impressively, hitting two maximums in his 58 before holing out off Rashid Khan, while Hope impressed with a sublime 77 on the ground where he famously struck two centuries to secure a Test victory over England two years ago.

That set the platform for the Windies’ lower-order power hitters, with Shimron Hetmyer (39), Pooran (58) and Jason Holder (45) providing useful cameos.

Afghanistan’s hopes were dealt an immediate blow as Naib flicked Roach straight to square leg, but Shah and Ali Khil responded impressively. The former was the aggressor initially, only for the latter to unfurl some glorious strokes over the top either side of reaching his half-century.

Yet the momentum disappeared once Rahmat hit Carlos Brathwaite straight to cover and, having survived a stumping chance when Hope broke the wickets without the ball, Ali Khil fell short of a century too.

The left-hander fell lbw on the sweep to Gayle, with Afghanistan’s issues compounded by Najibullah Zadran being run out for a typically pugnacious 31.