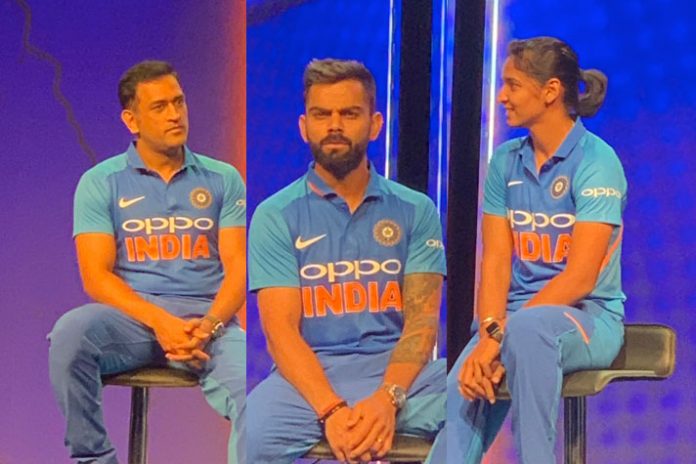 This is the new look of Team India. Same colours for the Blue Brigade. But with a difference in the design.

The jersey is launched by Board of Control for Cricket in India’s kit partner Nike in Hyderabad today (Friday) on the sidelines of the team’s practice for the first One Day International against Australia.

Nike, keeping with the tradition, has revealed the team colours well in advance for the ICC World Cup.

The team along with the official apparel partner Nike launched the new jersey at a simple ceremony at the Rajiv Gandhi cricket stadium in Hyderabad.

The jersey include many features like looks, a theme in design, comfort in wearing, sweat absorption and everything else that may potentially bring the best out of a player.