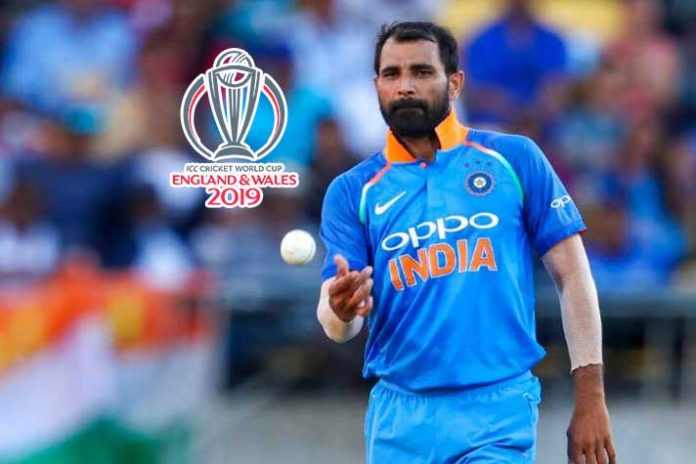 Mohammed Shami, the India fast bowler, is confident of once again excelling at the ICC Men’s Cricket World Cup, when the 2019 edition of the tournament gets underway on 30 May.

Shami was one of the driving forces behind India’s excellent run to the semi-final of the previous edition, in 2015, in Australia and New Zealand. Following that tournament, he played only five matches, until December 2018. He has since made a strong comeback, with 19 wickets in 11 matches, at an average of 26.42, and is raring to exploit the overcast and windy conditions in England, which he thinks are largely suited to his bowling.

“Flat pitches in England have become a batsman’s paradise in limited-overs cricket. But a bowler has to be smart enough to alter his line and length according to the conditions. I have the pace and swing to outsmart them. I am not overly worried about it. In fact, I believe the conditions are suited for my bowling. The late movement outside the off-stump will definitely come in handy.” –MOHAMMED SHAMI

“I worked on my game during the time I was away from the field and didn’t lose focus of my aim – to get back into the national reckoning,” he told IANS. “I have returned stronger, faster and fitter.”

Shami, who is a master of swing – both conventional and reverse – sounded confident about executing his skills at the World Cup. “My yorkers are still as potent as they used to be, and I will be using a lot of them during the World Cup,” he said. “I back myself to bowl fast, incoming deliveries, and it wouldn’t be easy for batsmen to hit me.”

Talking about the current Indian pace battery, which also boasts of Jasprit Bumrah and Bhuvneshwar Kumar, Shami regarded the ability to bowl skillfully at a high pace as a major component of its success.

“The best part is that along with variety, we have an attack that can bowl fast. Having skills and pace together is the USP of this side, as that somewhere increases the confidence of the attack. To be honest, it is like a dream that has come true, and I feel very proud that today people talk about our bowling unit as one of the best – a thing that wasn’t heard much, but is now called our strength.”

Shami acknowledged the healthy competition within the bowling department, adding that the current lot doesn’t shy away from taking each other’s advice to enhance their skills further. “We are a happy bowling bunch. We discuss a lot among ourselves,” he said. “We are not shy of taking each other’s advice, that’s the kind of freedom we enjoy. I tell Bumrah about a certain bowling aspect and he does the same with me. Our experience makes us a very strong bowling unit. We know our roles going into the World Cup and will exploit the conditions accordingly.”