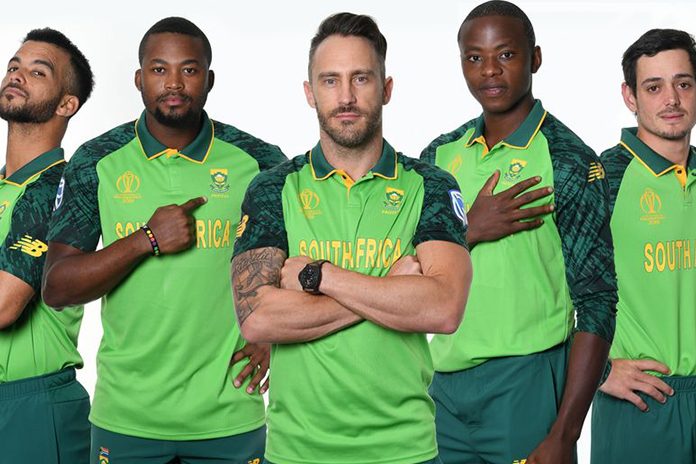 Unlike in past editions, South Africa head into this year’s ICC Men’s Cricket World Cup 2019 not as one of the strongest teams, but one that still holds promise.

South Africa have historically been one of the favourites at every edition of the World Cup, since their tournament debut in 1992. Invariably, each of those campaigns has ended in heartbreak, and retrospection of what could have been.

It was the same story the last time they played a World Cup match, the semi-final of the 2015 edition, which they lost to New Zealand, in the last over of what turned out to be the match of the tournament. A lot has changed in South African cricket since then.

They no longer have the reassuring presence of AB de Villiers. Morne Morkel has also called time on his international cricket. And going by his form, Hashim Amla’s international career appears to be winding down as well. But on the bright side, they have ushered in a new era under Faf du Plessis, one marked by an overload of fast-bowling talent that could potentially carry the side for years to come.

Equally, they have unearthed a huge amount of promise and potential with the bat. Rassie van der Dussen has had a terrific rookie year so far, with four half-centuries in his first eight ODI innings. Twenty-four-year-old Aiden Markram has already captained South Africa. And 23-year-old Andile Phehlukwayo adds value in more ways than one, with his all-round capabilities.

Admittedly, this is not the strongest side that South Africa have brought to a World Cup. Nevertheless, it’s one with a rich pool of talent that promises a lot.

Bowling. Two of the world’s top 10 bowlers in this format belong to South Africa. The fast bowling attack has fire written all over it, led by Dale Steyn and Kagiso Rabada, and supported by Lungi Ngidi and Dwaine Pretorius. That’s three of the world’s fastest, and most fearsome, bowlers. South Africa had a fourth, in young Anrich Nortje, who hit speeds upwards of 150kph in last year’s Mzansi Super League and followed it up with an impressive debut series against Sri Lanka, before he was ruled out of the tournament with a fractured thumb.

In the spin department, like India, they boast two wrist-spinners who spin the ball different ways: leg-spinner Imran Tahir, who is coming off a successful Indian Premier League, where he was the season’s highest wicket-taker, and left-arm wrist-spinner Tabraiz Shamsi, who brings in an element of mystery.

Batting. While not weak by any means, South Africa’s batting wears a slightly thin look. That is largely because among the experienced lot, captain Faf du Plessis and Quinton de Kock are the only ones that are currently in some kind of form. Amla made a half-century in the warm-up game, but has been struggling with his for a long time now, while David Miller has also been patchy. They do have experience elsewhere, with JP Duminy shoring up the middle order, while Morris’ entry bolsters their death-overs batting. But with two of their key players struggling for inconsistency, it leaves a little extra onus on the younger lot to step up and perform.

Quinton de Kock. A wicket-keeper batsman who is a destructive force at the top of the order in white-ball cricket, Quinton de Kock is a throwback to another man who played a similar role in the great Australian team of the early 2000s: Adam Gilchrist.

South Africa are heavily dependent on de Kock to build a foundation. With Amla especially not at his best, it puts additional responsibility on de Kock to consistently deliver. He brings the sort of form that promises to achieve that at the tournament, having followed up his exploits against Sri Lanka by finishing the IPL as the season’s third-highest scorer.

Kagiso Rabada. The fast bowler brings pace, accuracy, experience, athleticism, strength, power, and a steady head, making for a complete package. Rabada can sweep the world’s best batsmen off their feet by hitting scary speeds and possesses unerring accuracy, especially at the death, where his searing Yorkers make him a tough bowler to put away – just the sort of asset teams need at a tournament where totals of 350 may just be about par.

Having made their debut in the 1992 edition, South Africa are the least experienced side, after Bangladesh, among the top nine ODI sides, in the World Cup. However, they have the best win percentage – 63.6 – after Australia among these teams.

South Africa have consistently been one of the teams to beat at the World Cup – they have made the knockouts of every edition they have participated in, barring 2003, when they were also the hosts – but have failed to go the distance. They are yet to make the final.

After being stunned in the Test series, in which they were swept 2-0, South Africa returned the favour in the five-match one-day international series against Sri Lanka, winning all the games, riding on de Kock’s series-defining 353 runs – his best performance in a bilateral series.