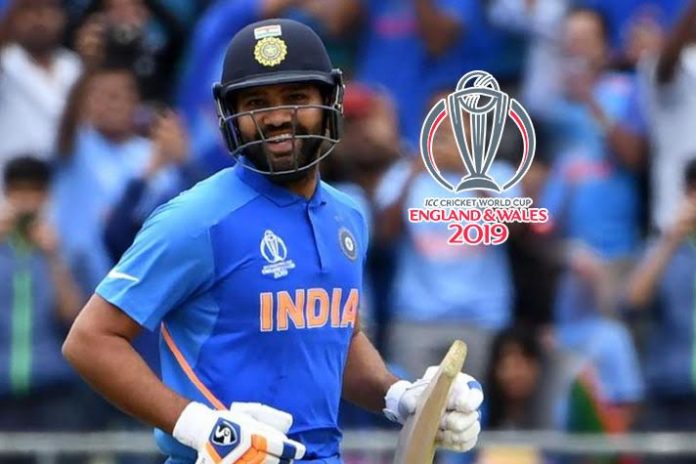 Team India top opening batsman Rohit Sharma has given an outstanding performance in ICC World Cup 2019 so far. Today India will take on Sri Lanka at the Yorkshire Cricket Ground, Headingley, 3:00 pm IST in their last group stage match of the World Cup. Rohit Sharma has made a different and special identity in the Indian Cricket by his superb and remarkable games. He had made some interesting and magnificent facts and records in this season of World Cup so far.

Rohit Sharma became the 2nd player to score four hundred out 7 innings in a single edition of  Cricket World Cup which includes a dashing 140 against Pakistan at Old Trafford. Sangakkara is the first player to do so.

The Hitman is the second highest runs scorer in World Cup 2019 till now as he had scored 544 runs in seven innings. Bangladesh’s Shakib Al Hasan who has scored 606 out 8 innings is the leading run scorer in this Cricket World Cup. There is one group stage match of India left- India vs Sri Lanka today, so there is a possibility that the Hitman may become the table topper.

He is also the second Indian player after Sachin Tendulkar to score five centuries in the World Cup. His dashing five tons includes a maiden hundred that he knocked in the previous edition (World Cup 2015) and 4 hundred from this season of World Cup.