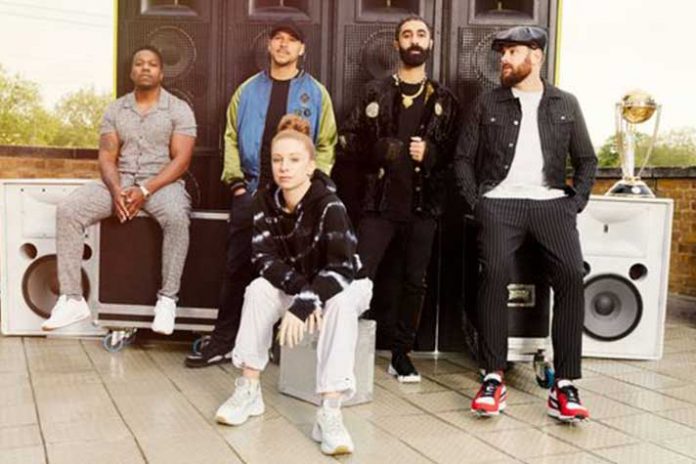 The ICC Men’s Cricket World Cup 2019 is proud to unveil the tournament’s Official Song “Stand By” – a collaboration between brand new artist LORYN and one of the UK’s most successful and influential  acts, Rudimental.

Available across all streaming platforms from May 17, LORYN and Rudimental are now excited to reveal “Stand By”, the official song to this summer’s ICC World Cup. One of the world’s biggest sporting events, it attracts one million sporting fans soaking up Cricket World Cup action in the UK and a further billion fans watching world-wide across the 48-match event, ICC has stated in a Press release.

Rudimental have sold in excess of 2 million albums since their formation in 2011 and have a track record of discovering emerging talent and giving them a platform. Such is the case with rising star LORYN who hails from the wilds of Deep Cove, Northern Canada. Having heard her demos, Rudimental knew they had to work with LORYN and the rest is history.

Piers Aggett of Rudimental said: “Celebrating our diversity is a key message of the band. Obviously, we’ve all got different heritages, we’re from London – one of the most diverse cities in the world and we like to celebrate our differences. That’s our vibe.”

Fellow band member Locksmith added: “The key message of this single is about togetherness, bringing people from all walks of life through the music that we create.”

The partnership will be launched in London at an event later today. BBC Radio 1 DJ, Greg James and former England captain and broadcaster Andrew ‘Freddie’ Flintoff will host the event.

Cricket fanatic and World Cup ambassador Greg James said: “For cricket nerds it’s always so brilliant when our favourite thing becomes the national talking point and I can’t wait for the World Cup to get going. Music is obviously my other love so to be part of this launch with an enormous act like Rudimental is very exciting.”

ICC Men’s Cricket World Cup 2019, Managing Director, Steve Elworthy added: “It is important to acknowledge the power of music in sporting environments – from a motivational platform for players to providing a common voice for fans to celebrate together I am sure we will see the Official Song at the absolute heart of this tournament.

“And when England and Wales host the ICC Men’s Cricket World Cup this summer it will be a truly multi-national event and this track brings to life the unique mix of cultures that guarantee a warm welcome for both players and fans.

“The collaboration with LORYN and Rudimental is hugely exciting and provides the tournament with another great way of inspiring and engaging a new generation of cricket fans through this Cricket World Cup.”

England and Wales will host the ICC Men’s Cricket World Cup 2019 from May 30  to July 14 and see 10 countries go head-to-head to lift the World Cup trophy.