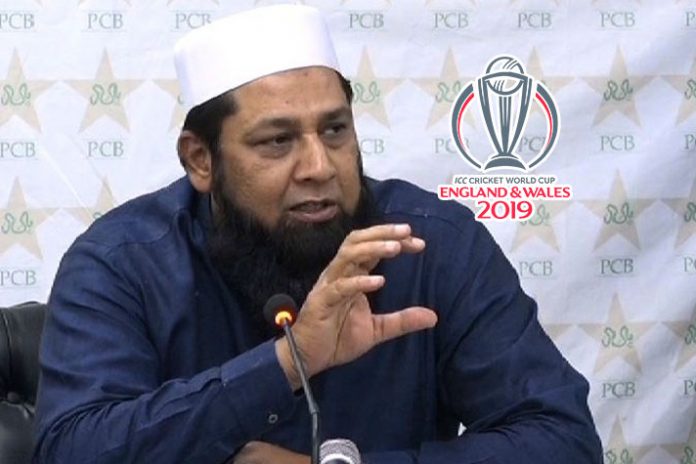 Pakistan cricket selectors have named the 15-player squad for the ICC Men’s Cricket World Cup 2019. The 15included 11 players from the side that won the ICC Champions Trophy 2017 in England and Wales. However, pace spearhead Mohammad Aamir has been ignored for the ICC World Cup 2019. Sohaib Malik will be the most seasoned campaigner. 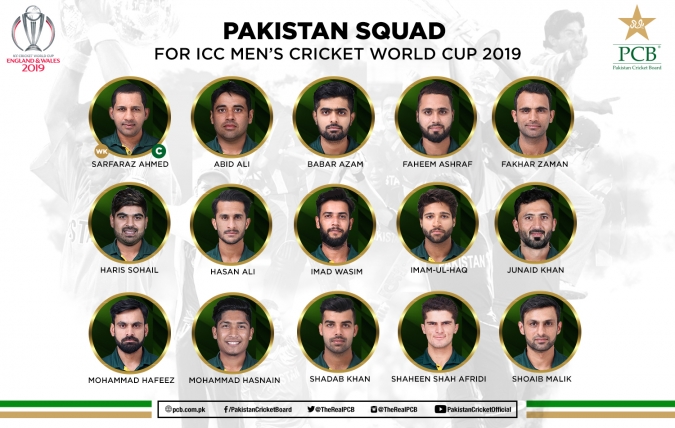 Four other players selected for the World Cup are: Abid Ali, Imam-ul-Haq, 19-year-old Mohammad Hasnain and Shaheen Shah Afridi, PCB has stated in a Press release.

Chairman of Pakistan men’s selection committee and former captain, Inzamam-ul-Haq, said the side had been picked according to the conditions and included reliable batters, trusted wicket-taking bowlers and dynamic fielders. “In England and Wales, conditions play a critical role. With this in mind, we have selected a three-dimensional side, which gives the captain a wide range of options of whatever game plan he chooses on a match day.

“We have experienced batters, who are backed up by bowlers with plenty of variety and variation to exploit any type of conditions. This is more or less the side we have been playing since the ICC Champions Trophy 2017. I have absolute trust that this side has grown further in experience and stature since 2017. Supported by the flare, skill, talent and killing-instinct, this side has the capability and potential to rise to the occasion and produce strong performances.”

Talking about his selections, Inzamam said: “While picking the side, we’ve tried to cover all bases by assessing our strengths as well as analysing each opponent, the match venues and the event format.

“Hafeez has not played any cricket for the past 10-odd weeks, but he has always featured in our plans. Although his inclusion in the World Cup squad is subject to fitness, yesterday we got a boost when he started playing with tennis ball with his doctor confirming he will be available for selection for the series against England. Our World Cup opener is on 31 May against the Windies, which is still six weeks away, and we are confident he will be fully fit and ready to display his vast international experience.”