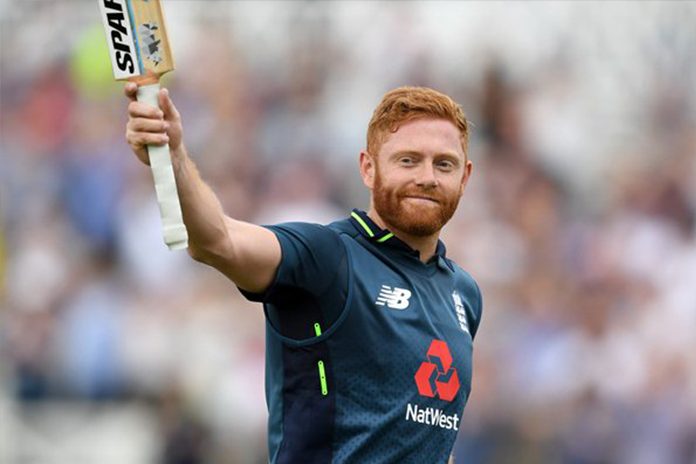 England batsman Jonny Bairstow can’t wait for the “biggest summer” of his cricket career to get underway with the World Cup this month but he also expects it to be the most gruelling as the Ashes is lined up just a few weeks later.

Bairstow, who scored 445 runs from 10 matches for Sunrisers Hyderabad in his debut IPL season, will be a key player for the England in the World Cup starting May 30 in the United Kingdom. The World Cup will end on July 14 and the Ashes, against arch-rivals Australia, will start August 1.

“A World Cup and an Ashes; it is going to be amazing. You dream of winning them. If you can’t dream about that and think what that is going to feel like then what is the point (of playing)?

“At the same time you know it is going be a gruelling summer. Five Tests at the end of World Cup is going to be tough, mentally and physically,” he added.

Bairstow played alongside Australia’s David Warner, who came back after serving a one-year ban for his role in the infamous ball-tampering scandal, in the IPL.

Speaking of his impressions of the controversial but swashbuckling batsman from Down Under, Bairstow said, “I think that experience (ball-tampering) can only change you as a person. He was a very good team-mate, he passed on a lot of knowledge about local bowlers, game-plans, pitches, everything. He was excellent.”

All praise he might be for Warner but the Englishman said there would be no love lost when the two square off during the Ashes.

“We can say hello now. We did not have a connection before, but now we’ve played together and done well together and had a good partnership it will make a difference.

“We spent five weeks together having dinner and coffees. It changes things but it will still be England versus Australia,” he said.

Bairstow also spoke of an interaction with England football manager Gareth Southgate, who was widely credited for the team’s run till semifinals of the FIFA World Cup last year. The batsman, however, did not elaborate on the interaction.

“The biggest thing for us will be home support, playing in front of our own fans. We heard from Gareth Southgate last week. He was brilliant. A lovely guy. The football lads were so meticulous in their planning for the World Cup last year.

“We were all proud as punch when they got to the semis. I am not saying it will be quite like that for us guys, but at the same time if people are sat in pubs wearing an England shirt wanting us to go through, and getting right behind us, that would be very special,” he said.