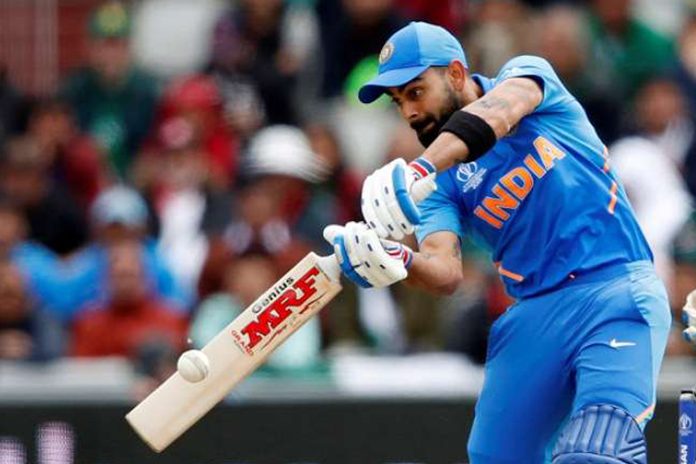 He has always been a quintessential hero of Indian batting line-up but skipper Virat Kohli is happy playing a protagonist, who does not mind letting his deputy Rohit Sharma take the World Cup centre-stage.

While Kohli’s five half centuries have been effortless, Rohit has overshadowed everyone with record five hundreds.

The Indian skipper is so used to getting one ton after another, it is a surprise for his legion of fans to watch him go century-less for eight games in a row.

Asked if it bothers him, the ‘run-machine’ emphatically said “not at all.”

Rohit’s dominance is giving him and others a chance to control the middle-over phase.

“It’s great that Rohit is scoring so consistently. It means that coming in the latter half of the innings, you have to play a different role, which is controlling the middle overs and letting guys like Hardik, Kedar, MS in the past few games, and now Rishabh, come out and express themselves.”

Kohli the aggressor is now playing the role of sheet anchor and he is perfectly happy with it.

“So I have understood that roles can vary a lot in One-day cricket, depending on the time you step into bat. I have been very happy with holding one end and letting guys express themselves striking at 150, 160 or 200 if the team needs and I can accelerate in the end.”

The skipper feels that this World Cup has actually given him a chance to rediscover some of the other facets of ODI batting.

He has often played at number four and that has also helped him analyse situations.

“I have learnt so much in this World Cup by spending time in the middle…. that okay, this is also a role that you are supposed to play.”