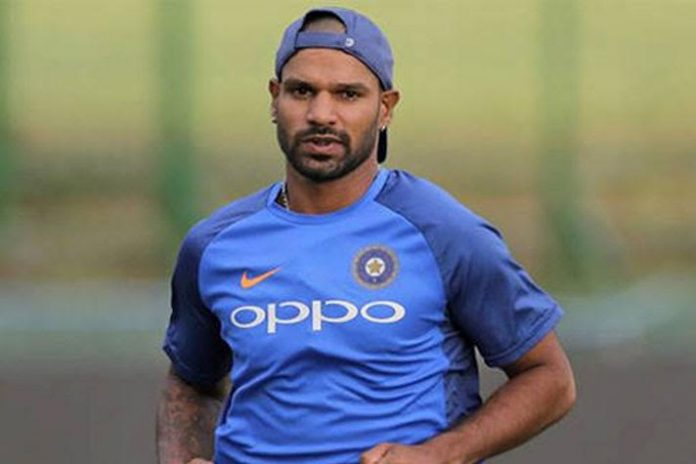 India opener Shikhar Dhawan has said that there is no secret behind his success in global ICC tournaments.

Dhawan has been India’s top-scorer in all three 50-over ICC tournaments since making his India debut in 2013. That includes the ICC Champion Trophy that year, when Dhawan began his tournament with back-to-back centuries against South Africa and West Indies. At the start of that tournament, Dhawan had only been five ODIs old.

He finished the tournament with 363 runs – not just the highest for India, but, by a distance, in the entire tournament, which India went on to win. He then struck 412 runs in the ICC Men’s Cricket World Cup 2015 and was the only Indian among the top five run-scorers of the tournament.

That was followed by another table-topping performance in the ICC Champions Trophy 2017, which India finished as the runners-up, where he scored 338 runs at 67.60, with a hundred and two fifties in five matches.

“People tell me about my record in ICC events, but frankly speaking, the intent has always been the same. It’s not that the effort is less than 100% ever,” Dhawan told Press Trust of India. “The focus, as always, is on the process. I am confident that I will have another good ICC tournament.”

Ahead of the 2019 edition of cricket’s 50-over marquee tournament, Dhawan has once again found some timely form. After a mediocre start to the year, he made a career-best 143 against Australia in the fourth game at home, in India’s last ODI assignment before the World Cup.

He has followed that up with 521 runs in the 2019 Indian Premier League – the highest for Delhi Capitals and the fourth-highest of the season. “My passion is still the same as it was when I started. I have shut out negativity, primarily because I am a happy-go-lucky person,” he said.

“Before I made my Test debut, I had played nearly nine years of first-class cricket. Had I not been passionate and hungry, I couldn’t have performed for India after nine years of domestic cricket. Now, I have played six years of international cricket. It has been a great journey.”