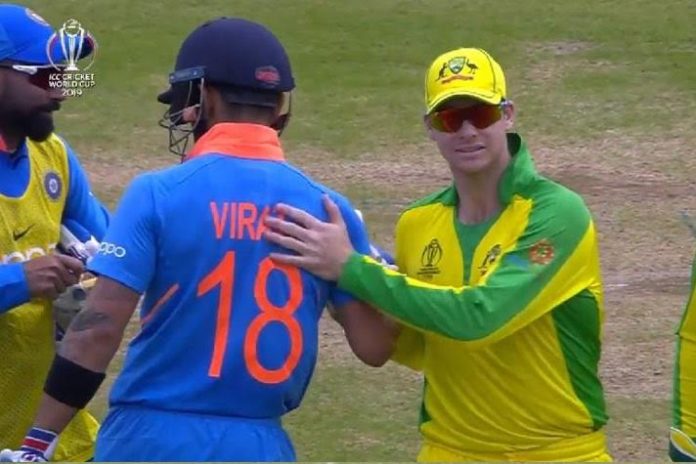 The digital viewership numbers have placed the ICC World Cup 2019 as one of the most-watched sporting events in the world, while Virat Kohli has created a tournament record that was only possible with the stature and sportsmanship for the Indian Cricket Team captain.

The video of Kohli requesting Indian fans to show more respect to Australia batsman Steve Smith, who served a one-year ban over his role in the ball-tampering controversy last year, has been the most-watched ICC World Cup 2019 clip on Twitter.

The International Cricket Council has confirmed the ICC World Cup 2019 in England and Wales as one of the most-watched sporting events in the world on digital platforms with the release of the final digital content viewing figures for the quadrennial limited-overs competition. 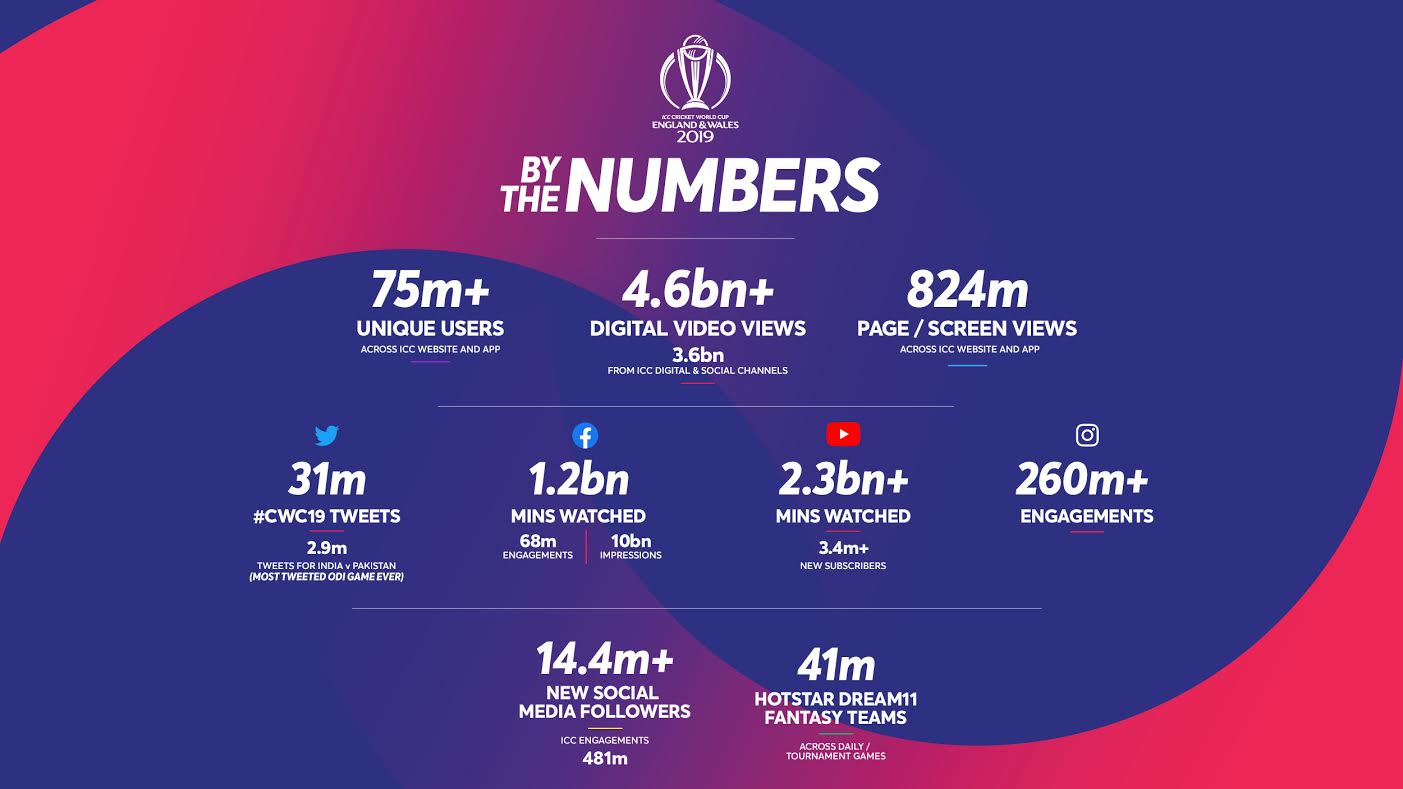 ICC Chief Executive Manu Sawhney said, “The growth in consumption along with these record-breaking numbers demonstrates the power of cricket to bring together an enormous global audience as well as the increasing appetite of fans to engage with more than just match day content.

“The ICC’s focus on fan engagement, both in terms of deepening existing fan interaction with the sport and bringing new fans to the game has been driven by data and analytics.”

The most watched video on ICC’s Twitter page was one of India captain Virat Kohli requesting Indian fans to show more respect to Australia batsman Steve Smith, an incident captured during a break between overs.

The #CWC19 conversation generated 31 million Tweets from 20th May to 15th July. A comparison of the official hashtag #CWC19 to last time’s #CWC15 showed more than a 100% growth in tweet volume.

india-Pakistan matches are a top draw in ICC events and so it was no surprise that the most-tweeted match was their league encounter at Old Trafford, the figure of 2.9 million Tweets making it the biggest ODI ever on Twitter. The second-most Tweeted match was the final between England and New Zealand with the India-New Zealand semifinal coming in third.

On Social Media, 14 million new followers were added across ICC and CWC channels and over 22,000 pieces of content were posted through the event. The ICC social media channels garnered 481 million engagements across channels with Instagram providing over 60% of engagements. Three separate posts crossed over 1 million engagements out of which two were hugely popular bespoke picture graphics commissioned by the ICC.

There were 75 million unique users on the ICC website and app with 272 million page views of the official event website. More than 41 million fantasy teams were created throughout the event on the ICC app.

Aarti Dabas, ICC Head of Media Rights and Digital said: “Fans want to be closer to the action and immersed in the sport. That means highlights, analysis, behind-the-scenes team, fan and player content, news, statistics – all of these and more are now the expectation, not the unique or the differentiation

“Throughout the ICC Men’s Cricket World Cup 2019, we have used insight to deliver a wide variety of content that brings more fans closer to the game. An outstanding planning process was complemented by an agile team during the event. This enabled us to anticipate and respond to the demands of cricket’s one billion plus fans around the world and make this World Cup the most digitally consumed ever.”