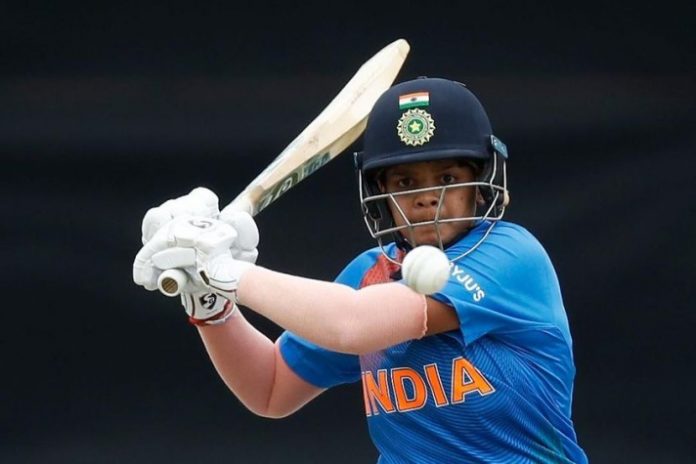 The “naughty” teenager Shafali Verma is contributing to the Indian women’s cause in the ICC Women’s T20 World Cup Down Under far more than the might of her willow displayed on the field.

Skipper Harmanpreet Kaur has revealed that the 16-year-old has enjoyed a breakthrough ICC Women’s T20 World Cup with the bat but her off-the-field impact has not been lost.

She has spearheaded India’s four Group A victories with fearless batting despite being in her first global tournament. But ahead of Thursday’s semi-final showdown with England at the Sydney Cricket Ground, her captain acknowledged what the fresh-faced, 16-year-old has offered India behind the scenes, stated an ICC Press release.

“She’s very naughty, gets so much happiness and positivity to the team, always wants to enjoy it,” said Harmanpreet on Shafali, who has also been named the top-ranked batter in the ICC Women’s T20I Player Rankings.

“When batting with her she’s motivating you and releasing pressure, that kind of player you need in your team. She’s enjoying the moment. Whoever is playing, wants to play for the country and give their best, she’s enjoying for the team. We’re wishing her good luck,” revealed the skipper.

“Now this team has been together for a long time, we learn a lot from each other, learn a lot of cricket. It makes it easier for players such as Shafali because when anybody enters the team, they see everyone is working together. They also feel nice and try to do what others are doing.

“Right now, what we are trying to do, is give individual roles so that everyone can come and perform for the team. I didn’t perform with the bat but the team is doing well and we are enjoying that. That is more important for us.”

Shafali has certainly been in form Down Under but there’s no getting away from India’s disappointing Women’s T20 World Cup record against England. Never before have they beaten Heather Knight’s side in the competition, a run which includes an eight-wicket defeat in the 2018 semi-finals.

India this time are riding on a wave in Australia, with an opening-night victory over the hosts paving the way for a flawless group stage – an indicator of how far they have come in the eyes of the captain.

“After losing the last semi-final, as a team we realised that we have to work as a unit, and right now you will see that our team is working as a unit and we are not reliant on just one or two players,” she added.

“We just need to keep doing the right things and just focus on the right things instead of worrying about the past. We cannot change that, we are looking positive and I hope we will play as a team and try to win.

“We are playing for everyone and the country and everyone knows our role and duty. Whatever the coach is telling us, everyone is so keen to follow that and individually everyone knows what we have to ignore and the girls are doing the right thing.”

India will be up against England in the first ICC 2020 Women’s T20 semi-final at the Sydney Cricket Ground tomorrow (Thursday).