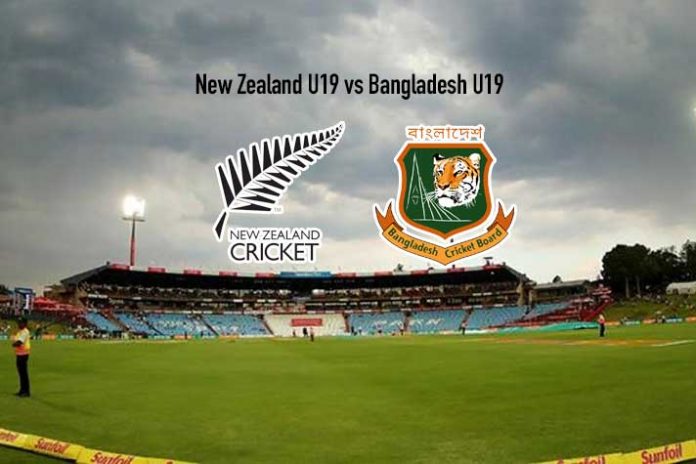 The Super League Semi-final 2 of the ICC Under-19 Cricket World Cup 2020 will be played between New Zealand Under-19s and Bangladesh Under-19s at the Senwes Park in Potchefstroom.

India sealed the finals berth with a commanding ten-wicket win over Pakistan U19s in the first Super-League semi-final. They will now await to see who is their opponent on the night of the final. Will it be high-speed Bangladesh or will it be the ever-so tenacious Kiwis? We will find that out when both these sides lock horns in the second semi-final on Thursday.

Bangladesh sealed their semi-finals berth with a resounding win by 104 runs over hosts South Africa. Batting first, the young Tigers racked up 5-261 thanks to half-centuries from Tanzid Hasan (80), Towhid Hridoy (51) and Shahadat Hossain (74*). Spinner Rakibul Hasan then proceeded to run through the Proteas batting line-up with a five-wicket haul to steer his side to a commanding win.

The trio of Hasan, Hridoy and Hossain will once again be the key to their fortunes in the semi-finals. With New Zealand having struggled against the spinners, Rakibul Hasan will be the key for the Tigers in the middle overs.

New Zealand, on the other hand, has had a mixed campaign thus far. After having lost to defending champions India in the league stage, the BlackCaps pulled off a massive upset in the quarter-finals when they beat a strong West Indian unit by two wickets.

Rhys Mariu (205 runs) has been the leading run-scorer for New Zealand thus far. He will once again be the key to their fortunes along with Fergus Lellman (110 runs) and Beckham Wheeler-Greenall (111 runs). Kristian Clarke claimed four wickets in the last game while Joey Field and Jesse Tashkoff chipped in with two apiece.

Broadcast: The match will be broadcasted LIVE and Exclusive on Star Sports 3.