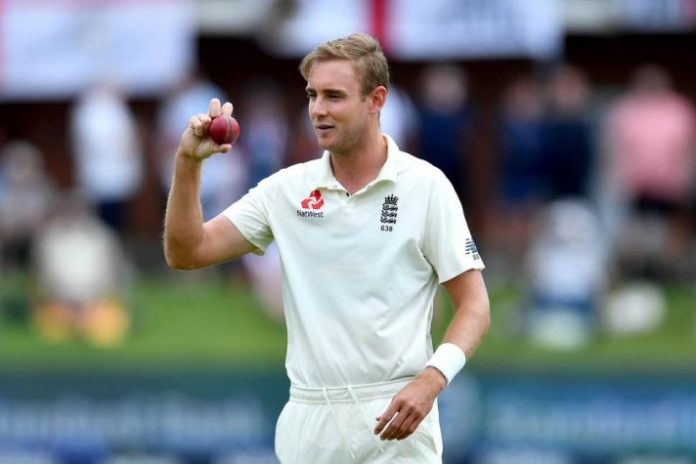 Stuart Broad, who have been in sublime form ever since he was dropped from the first Test against West Indies have now climbed to the No1 spot for most wickets in the latest ICC World Test Championship table following his recent exploits in the England vs Pakistan 1st Test.

Broad picked up three wickets in each innings to secure the apex position in the leaderboard with 59 wickets. The Englishman is closely followed by Aussie quick Pat Cummins, who stands 2nd on the list with 49 scalps.

Highest wicket-takers in the World Test Championship so far ?

Will Jofra Archer make it to the top three after the #ENGvPAK series?

Pakistan's Shaheen Afridi is in the 17th spot with 20 scalps – Can he break into the top 10? ? pic.twitter.com/eTwDiDsmQo

Broad earlier, also script a milestone by becoming only the second England cricket after James Anderson to enter the prestigious 500- Test wickets club.

Broad is now placed at the seventh place in the list for most wickets taken in the Test format. The pacer currently has 500 wickets from 140 Test matches.

The right-arm pacer also saw himself climb to the No.3 spot in the latest ICC Test bowler rankings, leaping a staggering seven places and overtaking the like of Indian pacer Jasprit Bumrah.