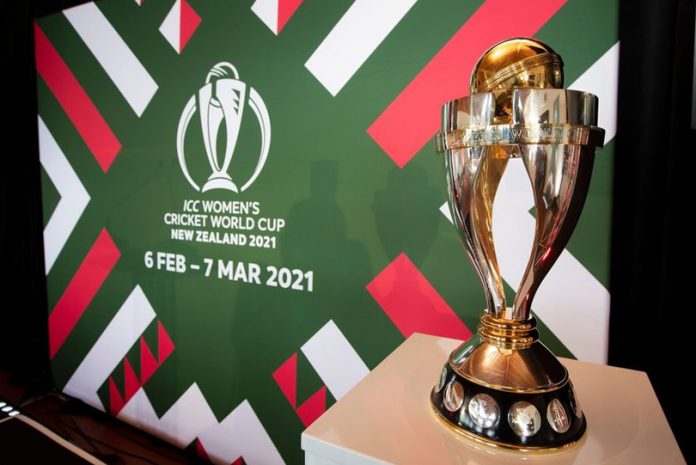 The International Cricket Council has released the schedule for the Women’s World Cup next year. India’s name does not figure in the list for the eight-nation championships, to be played across six cities in New Zealand.

The ICC World Cup 2021 will feature a total of 31 matches between February 6 and March 7 across six host cities in New Zealand – Auckland, Hamilton, Tauranga, Wellington, Christchurch and Dunedin.

Hosts New Zealand, Australia, England and South Africa are the only confirmed teams in the schedule released by the International Cricket Council. The ICC World Cup participation conditions allow hosts and four other top teams from the ICC One Day International Championships a direct entry to the eight-team Women’s World Cup, ICC has stated in a Press release.

Second-ranked Indian women haven’t been able to garner enough points to make the cut as they are not playing bilateral series with Pakistan.

The Board of Control for Cricket in India and the Pakistan Cricket Board have both presented their cases to the ICC with an aim to get an early berth in the World Cup.

While India is asking that the allocated points should be split equally between the two teams as they were not able to play the series due to Government policies, the PCB has insisted that since India were not honouring the schedule the series and all the points should be awarded to Pakistan. India would become the fifth team to qualify for the World Cup if the points are shared equally between the two teams. India would also be a gainer if the series is declared null and void and there are no points for consideration. However, it the ICC bought the PCB argument, then Pakistan women will be through to the final.

The Indian eves will then have to play the ICC World Cup Qualifiers in Sri Lanka during July, from where the top three teams will earn the tickets to the ICC Women’s World Cup 2021 in New Zealand.

Meanwhile, the Basin Reserve was confirmed to host two New Zealand White Ferns match-ups during the tournament, one of those being against T20 World Cup Champions and staunch rivals Australia on February 13.

To mark the World Cup’s launch, New Zealand captain and record smasher Sophie Devine was on hand at the Basin Reserve. “It’s a match we absolutely fizz about as players – taking on the Aussies is always a huge thrill. Cricket fans who come along to the Basin Reserve on Saturday the 13th of February will no doubt see a lot of passion from both teams.

“Playing in a World Cup against our arch-rivals in my home city will be an unreal feeling,” Devine said.

At the launch attended by Prime Minister Jacinda Ardern, Minister for Sport Grant Robertson, Australian High Commissioner Her Excellency Patricia Forsythe and ICC CEO Manu Sawhney, the message was clear – there has been no better time to be a female athlete.

Prize money for the showpiece of women’s international cricket will total NZ $5.5million, and all matches will be broadcast live to a huge global audience.

ICC CEO, Manu Sawhney said: “The ICC has made a long-term commitment to to elevating women’s cricket as part of our strategy to grow and develop the global game. We want to build a sustainable foundation for women’s cricket. It is about building a product that fans want to watch, that kids want to take up, that sponsors and broadcasters want to be part of

“We are extremely proud of the significant progress we have made in increasing prize money for ICC events over the last few years, with the ICC Women’s Cricket World Cup 2021 in New Zealand having $NZD5.5 million dollars available in prize money compared to $NZD3.1m in 2017 and $NZD316,000 in 2013.”

With the 30-day, 31-match schedule now locked in, ICC Women’s Cricket World Cup CEO Andrea Nelson is excited to see the country get behind the event. “Our team is proud to be delivering a tournament where Kiwis across the whole country, in each of our six host cities, can really get involved in what is a truly special event. We can’t wait to see the excitement build around New Zealand as we prepare to roll out the welcome mat for the rest of the world,” Nelson said.

The tournament will bookmark the ICC’s Year of Women’s Cricket, which began on International Women’s Day, 8 March 2020, the grand finale taking place at the 7 March ICC Women’s Cricket World Cup 2021 final under lights at Hagley Oval in Christchurch.

New Zealand, Australia, England and South Africa have already qualified for the World Cup. The remaining four teams will be established following the completion of the ICC Women’s Championship and a subsequent qualifying tournament in Sri Lanka in July.

The eight-team round robin format will see all teams play each other, with the top four teams qualifying for semi-finals.