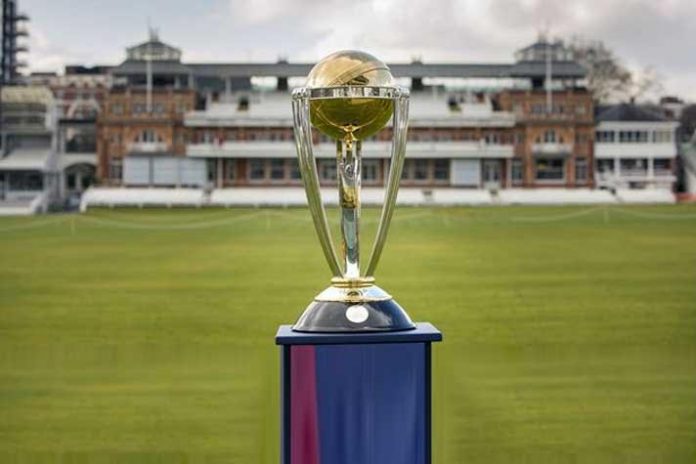 India will play New Zealand and Bangladesh in two warm-up games in run-up to the ICC Men’s Cricket World Cup later this year.

The International Cricket Council has announced the warm-up games fixtures for the ICC Men’s World Cup 2019. The warm-up fixtures are scheduled between May 24 and 28

All the ten competing nations will play two official warm-up fixtures ahead of the tournament, which will take place at four venues across England and Wales. Ticketing and broadcast information will be released in April.

The fixtures will be held over five days between May 24 and 28, and will be hosted at four of the official ICC World Cup 2019 Tournament Venues – the Bristol County Ground, Cardiff Wales Stadium, Hampshire Bowl and The Oval.

There are a number of high-profile clashes, including England v Australia, Pakistan v Afghanistan and Bangladesh v India.

As per previous ICC tournaments, warm-up fixtures will be 50-over-per-side, but will not carry official ODI status, as teams can field all members of their 15-man squad during the match. 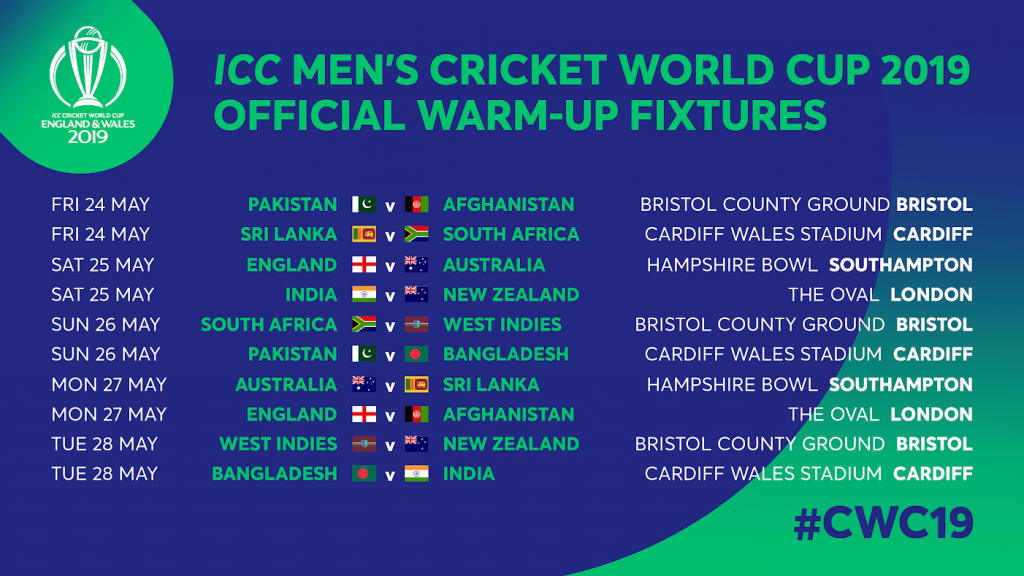 “These games provide another fantastic opportunity for fans to see world-class players at their local venue and allows the tournament to engage local schools and communities with another chance to get involved with the Cricket World Cup.”