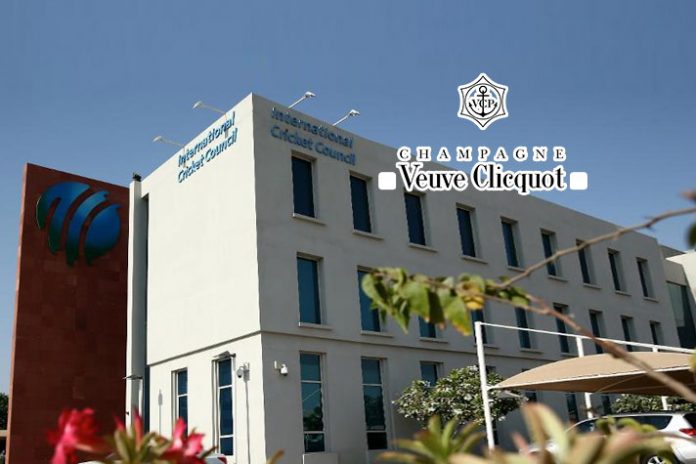 The International Cricket Council has announced an official champagne partner for the ICC Men’s World Cup 2019, to be played in England and Wales from May 30 to July 14.

Veuve Clicquot will be the exclusive champagne for the 10-team tournament being played across 11 venues for the ICC World Cup 2019.

The International Cricket Council has announced that renowned French brand Veuve Clicquot will be an official partner for the ICC Men’s Cricket World Cup 2019.

Veuve Clicquot, a part of the Moet Hennessy stable of products, will be the exclusive champagne for the 10-team tournament being played across 11 venues in England and Wales.

ICC General Manager, Commercial, Campbell Jamieson, said: “We welcome Veuve Clicquot as a partner for the Cricket World Cup, one of the most eagerly awaited sports events of the year.”

“Veuve Clicquot is a premium brand and this association is appropriate since the 46-day event will see the cream of cricketing talent converge in the United Kingdom for what promises to be a highly competitive tournament. We are pleased to have them as partners and I am sure they see great value in this association.”

Earlier, ICC has announced Indian brand BIRA as the official and exclusive beer for the World Cup 2019.