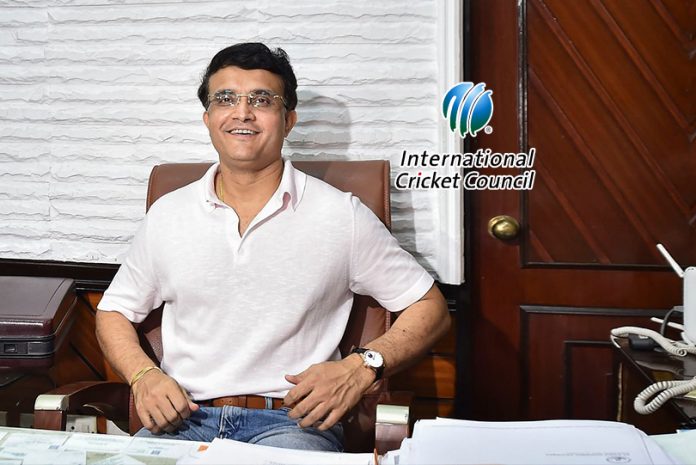 The International Cricket Council (ICC)’s board of directors will decide on the process to elect its new chairman on Monday. In the past 3 months, concerned ICC committee has met many a times to decide the norms of electing its new chairman but somehow the process is yet to get finalized. But now with almost a month-and-a-half after Shashank Manohar decided to step down on July 1, ICC will meet on Monday to take a final call on the process.
The ICC has so far failed to arrive at a consensus on how to vote a chairman — by a simple or two-thirds majority of the board. Also on Monday the final timelines will be set for the nominations and final voting for the new ICC Chairman.
Meanwhile, from the point of view of the BCCI the big question still remains as it is – Will Sourav Ganguly throw his hat in the ring ? Ganguly will be part of the ICC board meeting on Monday.
ICC Elections : Will Sourav Ganguly contest for the ICC Chairman ?
In the BCCI, everyone stays tightlipped about chances of Sourav Ganguly contesting for the ICC Chairman. The BCCI president himself is yet to go on record on his chances of contesting for the ICC top post. InsideSport in the month of July spoke to BCCI treasurer Arun Dhumal on possibility of BCCI filing its candidate and this was his reply.
“Let the nomination process get decided first, the board will take its calls accordingly”, said Dhumal.
Will Ganguly contest or not, according to the BCCI insiders it will be dependent on the following aspects –
1) Ganguly himself – Is he ready to contest ?
2) Date of nomination – Will the date of nomination be after 17th August or before that. On 17th August Supreme Court is scheduled to hear the BCCI’s case involving the waiver of cooling-off period for Sourav and Jay Shah. As per the indications, Ganguly still wants to continue as BCCI president and ICC post will come into picture if the Supreme Court denies favorable decision on the BCCI’s plea.
3) Election Process – No one knows at this stage how ICC will choose its next president and what will be the victory margin. Will it be two-third or absolute majority.
Once these aspects are decided, then only it will get clear if the Sourav Ganguly will vie for ICC top post or not. Should he decide to contest, he may have to leave the BCCI position as the ICC chairman must not be part of any board.
ICC Elections : Contenders for the ICC Chairman post

If the BCCI does not file any candidate, England’s Colin Graves will start as favorite. Former West Indies president Dave Cameron and acting chairman Imran Khwaja may also throw their hats into the ring. A former or current director can contest for the ICC post if he has two nominations. In that regard it will be difficult for Cameron to even get nominations as his own West Indies board is against him.

Overall 17 members are allowed to vote for the ICC chairman. All 12 full ICC members,  three associate members, one independent director and one acting chairman