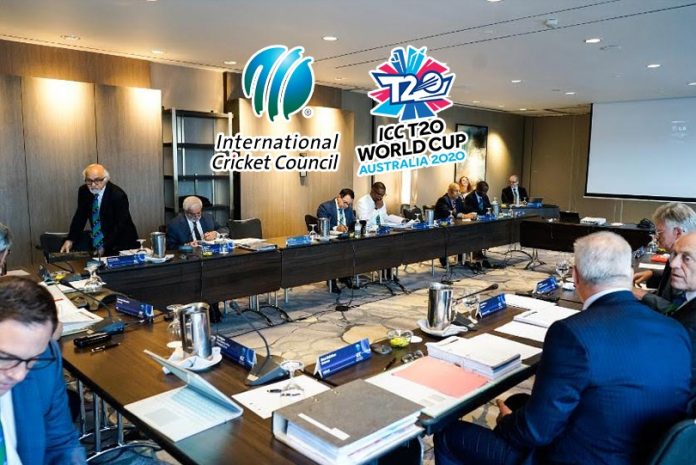 The International Cricket Council (ICC) is likely to discuss the fate of the T20 World Cup 2020 scheduled to be held in Australia, ICC Elections date in its next board meeting.

The apex body of cricket is yet to decide its next board meeting date. However, the sources within the ICC told ANI that the meeting could take place over the next week or so but there is no confirmed date for the same.

“As of now no date is decided, but it will be there over the next one week or so but date not confirmed,” sources said.

When asked about the agenda such as announcement on the T20 world cup and election in ICC, the source added, “as of now no details have been issued but there are chances that T20 WC will be discussed.”

Earlier in the month, ICC chairman Shashank Manohar had stepped down after 2 tenures. Each tenure was for 2 years