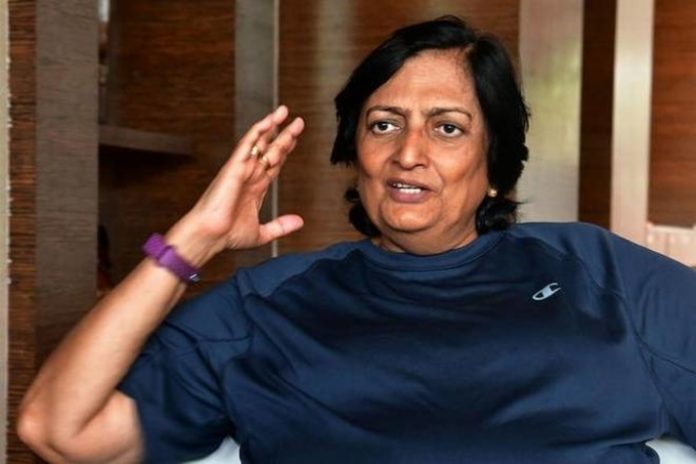 Former Indian women’s team captain Shantha Rangaswamy is set to become a part of the all-powerful apex council of the Board of Control for Cricket in India as she is in line to be elected unopposed to the Indian Cricketers’ Association (ICA) to be constituted following polls starting on Friday.

In the final list of nominated candidates, Shantha is the sole candidate for being the ICA representative nominee to the nine-member BCCI apex council which was recommended by the Supreme Court-appointed Justice R M Lodha panel.

The third former cricketer in the fray is Saurashtra’s Rakesh Dhruve.

Ashok Malhotra and Surender Khanna are set to be elected unopposed as ICA president and representative nominee to IPL governing council respectively.

As many as 1267 ICA members are eligible to vote in the online elections, the result of which will be known on Tuesday.

The ICA, which gives players an official voice for the first time, came into being after the Lodha panel-recommended reforms in Indian cricket. The unsuccessful attempts to form a players’ association were made in 1976 and 2001.

Shantha, who played the game when women’s cricket was neglected and not recognised by the BCCI, said female representation in the country’s cricket board is a giant leap for the sport.

“A female voice in the BCCI was unthinkable not so long ago. It is a massive step forward for women’s cricket. Thanks to Lodha reforms which made it possible to storm the male bastion,” said the 65-year-old, who was the first woman to lead an Indian cricket team.

Shantha is also the first woman recipient of BCCI’s lifetime achievement award and it was under her captaincy that India won a Test series for the first time.

Her presence in the apex council means that BCCI will continue to have a powerful female representative with another former captain Diana Edulji being part of the Committee of Administrators (CoA) running Indian cricket since January 2017.

The CoA will demit office after the BCCI elections, scheduled for October 23.

Ashu Dani and Hitesh Majumdar are running for the secretary’s post while Kishore Kumar and V Krishnaswamy will fight to become the treasurer.