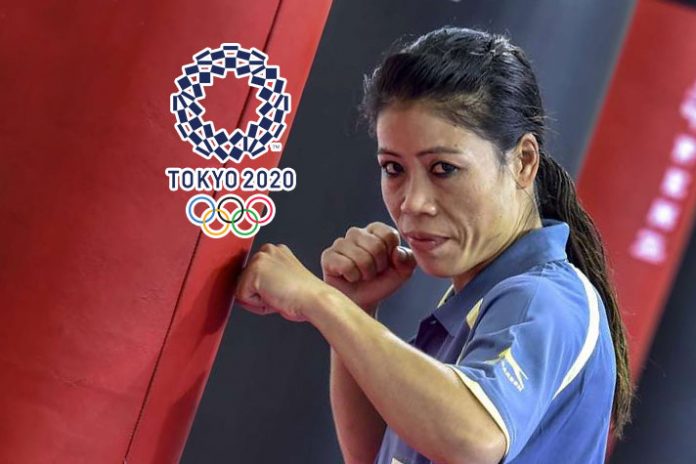 After years of speculation over her retirement, six-time world champion MC Mary Kom on Thursday said she plans to hang her gloves after winning the elusive gold medal at the Tokyo Olympics.

The 36-year-old has been the inspiring force in Indian boxing. In her 18-year long illustrious career, she has won six World Championships, an Olympic bronze medal, and five Asian Championships.

Besides being an active and top-level boxer, she is also a sitting Rajya Sabha MP.

“After 2020 I want to retire. So my main mission is to get a gold for India. I really really want to win ( gold),” Mary Kom said on the sidelines of an event organised by Colgate.

Mary Kom won the the bronze medal in the flyweight category at the 2012 London Olympics. She now aims to change the shade of her medal to gold.

“I always try my best to give a medal to the country and if possible a gold. I will be starting my preparation for the Olympic qualifiers and the World Championship. I want to win a gold medal this time.”

The boxing fraternity is facing tumultuous conditions in the run up to the Olympics next year. The International Olympic Committee (IOC) has stripped the International Boxing Association (AIBA) from hosting events at the Tokyo Olympics.

The IOC has announced that it will prepare a new calendar for Olympic qualifiers between January and May next year and it may even have a re-look at the weight categories. Indian pugilists are stuck in a limbo but Mary Kom feels it is beneficial for her if the qualifiers are held next year.

“It is actually better for me I will get more time to prepare,” she said.

“We are training regularly for all competitions not just the Olympics. In the World Championship, I will get to know the opponents, what their strengths and weaknesses are. Accordingly I can prepare. I will also get extra time for preparing if the qualifiers are held later.”

After failing to qualify for the Rio Games, Mary Kom had changed her weight category to 48kg in December 2016 but now the pugilist from Manipur is back to competing in the 51kg.

Asked about the transition, Mary Kom said: “51kg category is not new for me. I was fighting in this category 4-5 years back. It was not continuous because I kept changing my weight.”