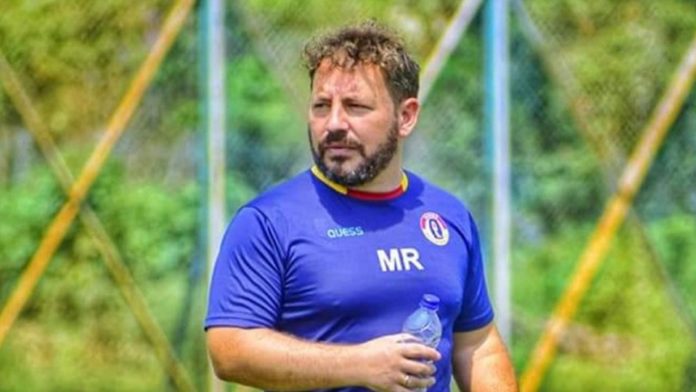 Mario Rivera, who guided East Bengal to a second place finish in the last I-League wants to be back at the helm even as former Serbian international Risto Vidakovic is tipped to be favourite to take over as the chief coach of the new ISL entrants.

East Bengal are yet to finalise their head coach following their acquisition by Shree Cement who will make an ISL bid for the upcoming season.

“I receive many messages every day from East Bengal fans asking me to come back but at this moment nothing is closed,” Rivera told PTI from Madrid.

Rivera, who had worked as Alejandro Men ndez’s deputy for 32 games in 2018-19, was brought in as a replacement for the famed Spaniard after they started off the New Year with a hattrick of losses, including a 1-2 derby debacle.

Rivera in a matter of just seven matches took them to second place as East Bengal officials had promised to retain him for the 2020-21 season.

“I’m always ready to go back to India. My future plans are coaching wherever a club wants me and enjoy every day of my passion,” the 43-year-old said.

Extending best wishes to East Bengal and the supporters to play in the ISL, he said: “For East Bengal fans, I would like to say ‘best wishes for joining in ISL’, they deserve to play there, because they are the most passionate supporters of Indian football.”

East Bengal have recently appointed AFC Pro Licence holder Francisco Bruto Da Costa as their assistant coach as they are yet to name the chief coach.

High profile Serbian coach Vidakovic, who spearheaded Ceres-Negros to three titles in the Philippines Football League and captured the ASEAN Zonal championship in the 2017 AFC Cup, has learnt to have expressed his interest to join East Bengal.