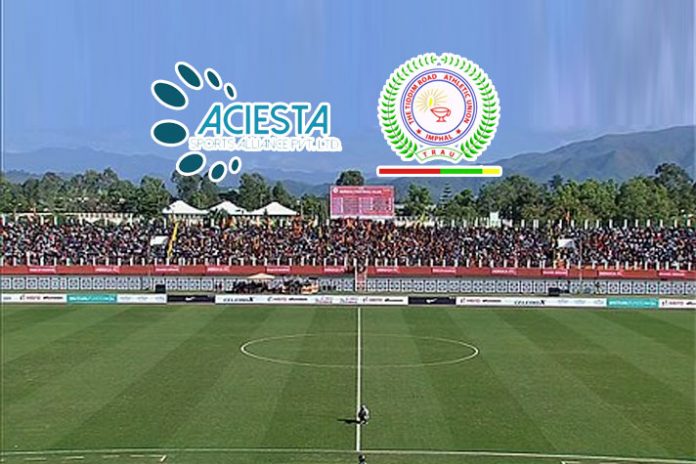 TRAU FC, the second division champions who have graduated to I-League for 2019-2020 season, have announced Aciesta Sports Alliance Private Limited as their title sponsor.

The deal with Aciesta will help the Manipur-based team finance their first-team and development activities and further expand the presence in the top tier of Indian football.

“The partnership with TRAU gives us the opportunity to expand our brand pan-India and we are excited to work with them and develop football in the community”, Arijit Mukherjee, the Managing Director of Aciesta Sports said.

Prior to the announcement, TRAU FC signed an agreement with SportiFan Ventures Limited, a sports business management firm based in the United Kingdom, which played a pivotal role in the negotiation process for the aforementioned deal.

“This deal will help us get essential exposure to the rest of the country,” Meitei Phulen, TRAU owner said.

“It is only because of SportiFan that we came to meet Aciesta,” Phulen added.

“Aciesta identifies with TRAU’s philosophy of football for community development and overall growth and is thankful to Sportifan for getting us connected”, Mukherjee added.

As marketing and consultancy partners, SportiFan will provide TRAU a platform to better interact with fans and reach potential partners.

The club’s new name will be revealed and further details about the deal will be released soon.