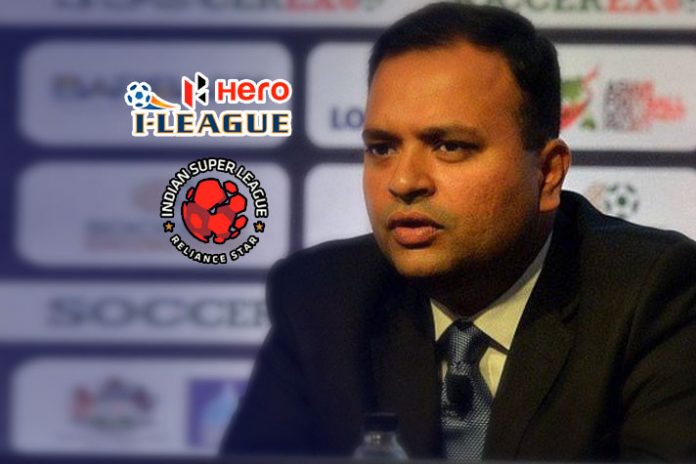 Will I-League be confined to history as the official league of the All India Football Federation after the current season? Yes will be the answer if the league CEO Sunando Dhar is to be believed. Without mincing any words, Dhar has confirmed that there will be only one league under the aegis of the AIFF. No room for speculation. Indian Super League will gain as the official league of the AIFF. I-League will be the casualty if the football administrators in the country succeed in their plans.

The I-League, in spite of the official status of India’s national club football league and a proper divisional structure to ensure promotion and relegation, has been subjected to a step motherly treatment by the authorities. The I-League club owners are snubbed in the sense that they have failed to get a meeting with the AIFF office-bearers for over a year in spite of repeated attempts. Such is the extent of abject apathy, that their emails are not even acknowledged by the AIFF machinery.

In spite of the monetary muscle of cash rich clubs, expensive star’s power and overwhelming AIFF support, ISL has failed to match the I-League in terms of local support, media attention and average attendance during the games. Still, I-League fails to get its due.

Speculation has always been rife about the future of the I-League, which has been ignored by those who mattered. Franchisees concerns over the crucial issues like no broadcast for a number of matches are not even heard by the AIFF.

“The aim is to have a proper structure in place where there will be one league at the top, followed by the second and third divisions. We are simply focusing on one-league structure. However, promotion and relegation could be difficult in the next season because there are contractual obligations and it will be difficult for us to rub those out. Once the contractual obligations are taken care of, relegation and promotion would start,” Times of India has quoted Dhar as saying.

“Bagan and East Bengal are the two biggest clubs in the history of Indian football and I am sure they will play in the top division. However, there wouldn’t be any different treatment meted out to the I-League clubs as compared to ISL franchises. Like ISL, I-League is also an AIFF property,” said Dhar.

The CEO has also confirmed that the in-stadia attendance for I-League matches has also increased from last season. “Last year, it was 58 per cent. This time we have bettered it,” he said.

Dhar, however, remains silent on the future of the I-League.

The I-League club owners in no way will accept “AIFF verdict” without any protest. The clubs have already united in their quest to safeguard the league. East Bengal and Mohun Bagan too had joined the bandwagon to fight for the I-League rights.

The AIIF though seems to have played the divide and rule trump card. There remains little possibility the two Kolkata giants will leave the easy option of joining the ISL to put up a united fight in the interest of the I-League. After all, they are not just getting a red carpet at the ISL doors. They will also be getting a major relaxation in the ₹ 5 crore ISL frahchisee fee, say sources in the AIFF.